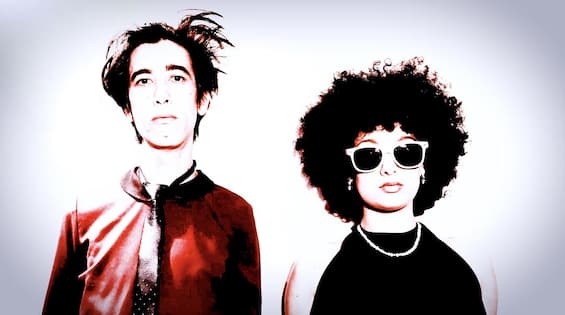 “Drowsy dream” was born in different moments and contexts. I wrote the stanzas in Alicudi, a small island in the Aeolian Islands, starting from a sentence in my head: “What did you expect from life?”. From there I started writing addressed to myself, wondering if I really expected life to give me all my efforts deserved. This first sentence imprinted the following ones both for the contents and for the rhythm, as the matrix of the metric of the whole text. It resulted in a sort of nursery rhyme that I immediately closed in the drawer. In Bologna, during a live improvisation, the guitar riff on which the musical part of the piece is based was born. Once I developed the beat with synthesizers, drum machines and samples, I tried to sing over it and as often happens in the creation processes, the melody of the verses matched perfectly with the metrics of that text written in another place and at another time. For the chorus, on the other hand, it was natural for me to sing a melody between the plaintive and the indifferent, which suggested an answer to the questions present in the verses: “Yes, I do, I want everything”.

And here I glimpsed a new interpretation more aimed at our illusion of being able to have everything, a new surprise every day, a tree for each seed planted, talent transformed into success, as I say in the stanzas. Hence the idea of ​​having Giorgia Faraone sing in female art, who added sensuality and irreverence to this indifferent character of the song. I certainly didn’t use the full power of her voice, but I felt that “Drowsy dream” needed to be sung in an almost whispered, bored and impertinent register. A character that Female has been able to interpret very well. When I sent the draft of the song and the text to Sophie Bémol, the videomaker who is curating all my videos, she immediately proposed what would later become the basic idea of ​​the video clip, or two bored people shooting a useless video and a bit stupid, building around a colorful and crazy world through completely free effects. The background is continuously replaced, making the two characters find themselves in always different contexts while remaining in the same room. In line with the standard attention spans of social media, everything changes always and quickly, until this continuous search for the new also becomes monotonous and static. Initially the task was to get in front of a camera and have fun, and so we did.

As we shot we came up with new ideas and we sent nearly an hour of footage to Sophie for editing. The post-production in this video plays a fundamental role, it supports the narrative thread that starts from the search for continuous novelties and that after a long crescendo ends with the exasperation of the same. Finally, with the audio post-production of Last Floor Studio and the cover of the illustrator Sara Garagnani, “Drowsy dream” is the result of a beautiful synergy between the people who worked on it.