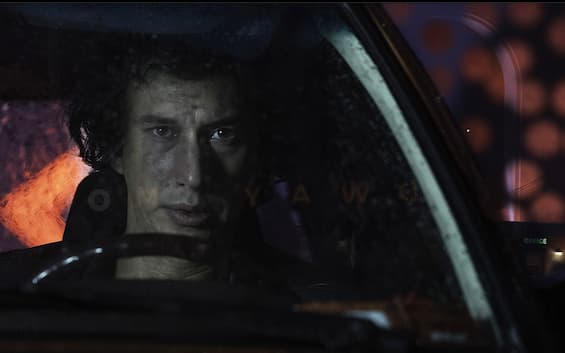 We will never know if death is really a dull, cruel white noise. AND, ça va sans dire, no one can ever go back to tell us what is the form in which the terminus of existence manifests itself. Instead, the fear of dying, a primary emotion shared more or less by the entire human race, can be transfigured into a work of art. At the moment the only form of immortality allowed to men is the artistic masterpiece. And White Noise, the novel written by Don De Lillo in 1985, winner of the National Book Award, can be considered a cornerstone of postmodern literature. Bringing that perpetual overflow of jokes, reflections, thoughts to the big screen is a challenge worthy of Sisyphus. But the New York director Noah Baumbach is very fond of challenges. So after the remarkable Story of a wedding of 2019, the American filmmaker is back in competition at the Lido with White Noisethe opening film of the 79th Venice Film Festival.

As they say: “good the first”. Both why White Noisenet of the Eighties setting, it is a work that forces us, by mixing up the cards, to confront ourselves with today’s reality, also because from the beginning the film transports the viewer into an anthology of the most spectacular car accidents represented from American cinema to continue with a dizzying domestic Epiphany, sealed by this epochal joke: “The family is the cradle of world disinformation.” Between a station wagon exhibition and a fried chicken with chili, one wonders if sheep have the while the theory goes wild that the supermarket is a portal, a transition space between living and dying. On the other hand, in the film by Baumbach, Adam Driver, university professor, with an ashen gaze, tormented, lost, holds a course in advanced Nazism. Common sense does not live here, in a title that gleefully centrifuges comedy, drama and satire. From the pernicious toxic cloud constituted by the deadly ” Nyodene “at”Dylar “, an off-market psychotropic drug able to alleviate the phobia of death. White Noise is an illustrated almanac of the contemporary Apocalypse. The references to Covid and the pandemic do not hide like the blame addressed to the capitalist mantra “produce, consume, crack”, but without corrective preaching or moralistic gunmen.

After all, like the protagonist, we all want to be able to kill death. And when we are afraid, we run after strong, mythical, iconic figures. It is no coincidence that Adolf Hitler considered the mass to be his only wife. And in this grotesque and surreal chronicle of an announced disaster, one understands why the temptation to steal, instead of buying, to shoot, instead of talking, makes room for nightmares and paranoia. Alongside Adam Driver, Greta Gerwig (in the life of the director of the film) proves to be the ideal interpreter to represent the evil of living terrified by the thought of the end. Lars Eidinger’s performance is worth noting. After the Fassbinderian Gottfried von Schack from the series Irma Vep, the German actor once again offers us the portrait of a devalued and unforgettable borderline character. Perhaps the nun who utters the line “Hell is when no one believes” is right. We therefore have hope at the end of the delirium, the calm after the storm in an overdose of sugar-free chewing gum and cheerios donuts. And you get lost in the rhythmic dance on the credits. A sort of flashmob between the frozen food aisles and the shopping trolleys. A hilarious and, at the same time, disturbing choreography. A macabre dance, a memento mori, between shopping carts and queues at the checkout counters. Will it be a receipt that will bury us?