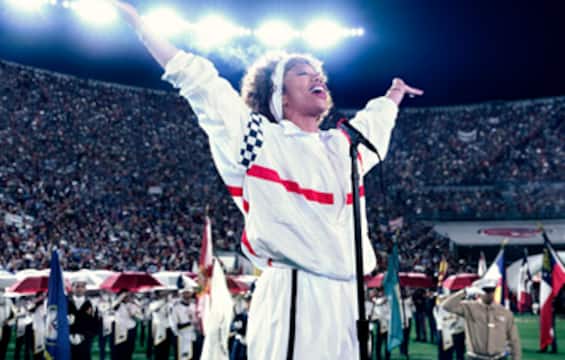 The new images of Whitney: A Rumor Became Legend, the film directed by Kasi Lemmons about the life and career of Whitney Houston, starring Naomi Ackie, winner of the BAFTA Award®. In the cast besides Naomi Ackie also Stanley Tucci, Ashton Sanders, Tamara Tunie, Nafessa Williams and Clarke Peters. Whitney: A Rumor Became Legend it will be in theaters only from December 22, produced by Sony Pictures and distributed by Warner Bros. Entertainment Italia.

Whitney: A Voice That Became Legend is a tribute to the myth of Whitney Houston. Directed by Kasi Lemmons, written by Academy Award® nominee Anthony McCarten, produced by record legend Clive Davis, and starring BAFTA Award® winner Naomi Ackie, the film is a never-before-seen portrait of the complex and multifaceted life of the woman behind “The Voice ”. From her beginnings as a backing vocalist in New Jersey to becoming one of the most iconic and award-winning recording artists of all time, Whitney: A Voice Became Legend is a moving and emotional journey through Houston’s life and career, featuring spectacular performances and a score sound with the hits of one of the most loved voices ever.