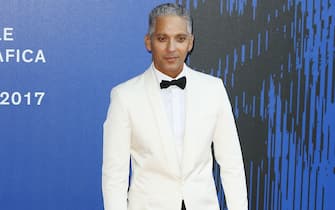 Pierfrancesco Favino – The versatile actor, who in the course of his career has won countless awards such as three David di Donatello and four Nastri d’Argento and more, plays in the film Peppino Quagliafriend of Martino Piccione

Dino Abbrescia – We saw him in the cinema with Welcome back dad in 2021, in Who saw me impersonates Tony Pettinato

Mariolina De Fano – The late actress who passed away on August 18, 2020 plays Natuzza. This will be his last movie appearance

Maurizio Lombardi – The Florentine actor was hired for the role of Don Julio. She will return to work with Alessandro Pondi also in A whole other life in 2019 and School of Mafia in 2021

Delia Taccarelli – The actress plays the role of Rosa

Gianni Colajemma – The stage actor passed away in 2021 due to COVID-19, which took him away at the age of 62. In Who saw me interprets Rocco

Sabrina Impacciatore – The Roman actress appeared on the big screen in 2021 with 7 women and a mystery. In Who saw me is Simonetta Sabelli De Santis

Sabrina Impacciatore, the most beautiful photos of the actress

Albertino – Let’s start by listing some characters who play themselves, starting with the DJ Albertino

Max Pezzali – The singer is no stranger to film appearances. We remember it, in fact, also in Jolly Blue of 1998 and in Cobra is not of 2020

Jovanotti, the book “Poems from the beach” is immediately in the Top 10

Elisa – The singer, second classified in the last Sanremo Festival with Or maybe it’s youSaturday 21 May he will perform in Piazza Duomo for the Radio Italia concert

Nek yesterday and today: the story of the guest singer of the Sanremo 2022 cover evening

Giorgia – Space for the Roman singer, winner of the 1995 Sanremo Festival with How would I know