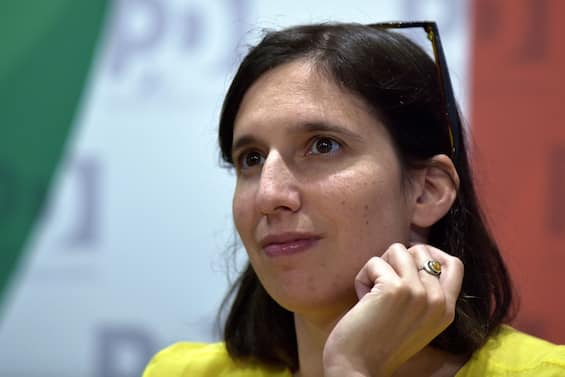 Vice-president of Emilia Romagna and independent leader of the Pd list in the Bolognese college in the Chamber, 37 years old, he has been fighting for civil rights, ecology and fiscal justice for years. The British newspaper called her “a rising star” of the Italian left

The Guardian called her a “rising star of the Italian left”, comparing her to the passionate New York MP Alexandria Ocasio-Cortez. Born 37 years ago in Lugano from an Italian mother and an American father, the progressive, feminist and ecologist Elly Schlein is vice-president of Emilia Romagna – with powers to combat inequalities and the ecological transition – and independent leader of the Pd list in the Bolognese college in the Chamber . “We are trying to talk to 40% of undecided voters, as most of them have not yet decided if and for whom they will vote on September 25,” Schlein said ahead of the vote. “We must try to regain trust. It is difficult because I myself am part of a generation that has had a complicated relationship with politics because we did not feel represented ”.

From the university in Bologna to the European Parliament

After graduating from the Liceo di Lugano he decides to return to Italy to attend university in Bologna. He attended Dams for a year and then enrolled in the Faculty of Law. In 2008 she volunteered in the election campaign of the future president of the United States Barack Obama against John McCain. From that experience, Schlein says on her website, her passion for political communication will grow. She then graduated with two theses on the criminalization and over-representation of migrants in prison, and on the rights of foreigners in constitutional jurisprudence. In 2013 she toured Italy with seventy stops in a few months, working alongside Giuseppe Civati ​​and all the “Civoti” in the campaign for the Pd secretariat. In 2013 she is a candidate in the European elections. The following year, in May 2014, she was elected to the European Parliament with 54,802 preferences. He joins the Development (DEVE), Civil Liberties Justice and Home Affairs (LIBE) and Gender Equality (FEMM) Commissions, becomes Vice-President of the Delegation to the EU-Albania SAPC Commission, and Co-President of the ITCO Intergroup on Integrity, Transparency, Anti-corruption and organized crime. The themes you fight for are civil rights, immigration, environment, fiscal justice and the fight against corruption and mafias.

From the Democratic Party to Possible

On May 6, 2015, following the approval of the Italicum, the reform of the school and the Jobs act, and irreparable fractures with the line taken by the Renzi government, Schein leaves the Democratic Party. In the same year she launched with Pippo Civati ​​Possibile, who officially became a party in 2016. In the regional elections of January 2020 she leads the Emilia-Romagna Coraggiosa list and is elected in the regional legislative assembly. You become vice president and councilor for combating inequalities and ecological transition. The Guardian, in its September 20 article, writes that Schlein “first became famous in early 2020 after her small party, Courageous, played a pivotal role in preventing the far right from taking power in the traditionally left-wing region of Emilia-Romagna “. She is a supporter of LGBT rights, in an interview with Daria Bignardi in the living room of the program The Siege in 2020 she came out. “Yes, I am engaged, I have had several relationships in the past: I have loved many men and I have loved many women. Right now I am with a girl and I am happy as long as she can bear me…”. As a feminist, on the hypothesis of Giorgia Meloni’s election as prime minister, Schlein declared: “We can’t do anything about a woman leader if she doesn’t fight for the rights of all other women”.