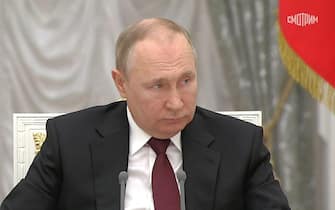 According to reports The Corriere della Serathe fact that Russia has partially reduced the threats to “hostile countries” on the gas suppliesit is also due to two close collaborators of the president Vladimir Putin: Economist and Deputy Prime Minister Alexander Novak and the governor of the Russian Central Bank, Elvira Nabiullina. Both would have explained to him the problems related to the claim to receive payments only in rubles, both legally and technically, given that there is not enough availability of this currency on international markets.

WATCH THE VIDEO: Gas, for now no effects from the decree on payment in rubles

Nabiullina has held this position since 2013 and, according to some sources cited by Bloombergwould try to resign after the start of the war in Ukraine, without success. The reasons for this choice are not known – which was never confirmed by the direct interested party – but already some time before the indiscretion was spread, the Financial Times wrote that the conflict had “upset” the work of this “technocrat”

Nonetheless, the governor remained in her post. Not only. As Nobel laureate Paul Krugman notes in an editorial on New York Times titled “Wonking Out: The Curious Case of the Recovering Ruble”, Nabiullina and her colleagues have cleared all obstacles to defend the currencyfor example by raising interest rates from 9.5 to 20% and imposing extensive controls to prevent capital flight

Because Vladimir Putin demands payment for Russian gas in rubles

The likelihood is that he will not leave in June, when his term expires, but will remain in his post for a long time to come. In mid-March, Putin in fact proposed to nominate her for a third term to ensure the country’s macroeconomic stability in light of a situation that the governor herself defined “totally anomalous”

War in Ukraine and expensive gas, alarm for the collapse of the tourism and culture sectors

Born in 1963, Nabiullina is of Tatar origins and has a degree atMoscow State University. The Courier writes that she joined the Communist Party the year in which Mikhail Gorbachev came to power and returned the card in 1991 when the fate of the Soviet Union was already sealed. Like Putin, you would consider the breakup of the blockade a “catastrophe”And would have an exceptional memory

The article in the Corriere della Sera

Nabiullina was the prima donna to be chosen as governor of a central bank of the countries that once formed the G8. According to various newspapers, her appointment was surprising at the time because it was unexpected, but for some time she had earned Putin’s trust, among other things leading the Ministry of Economy

The Russian president is not the only one to respect her. As he writes Reutersshe is also highly respected in the West and many “acknowledge her the merit of having modernized the Russian central bank making it an institution that foreign investors trusted to boost the economy even in difficult times. “His first test, recalls the Financial Timescame in 2014, when the combination of the collapse in oil prices and the first sanctions against Russia for what happened in Crimea they halved the value of the ruble against the dollar

“He initially burned over $ 70 billion to back it, then opted for a free float and raised interest rates to 17.5%,” the newspaper recalls. “Even though Russia went into recession, Nabiullina stuck to hers ultra-conservative monetary policy. Within a few years the country began to grow again and inflation collapsed ”. This success led Putin to praise Nabiullina in public

Over the years, the governor has also become famous for her “coded messages”, Often transmitted through clothes and accessories: pins in the first place. Always the Financial Times recalls that, for example, a dark cloud symbolized the desire to mitigate inflation expectations while a hawk could indicate a return to a increase in interest rates

Precisely for this reason, the choice of wear black following the choice of the West to sanction Moscow in the context of the conflict in Ukraine. In another press conference organized in March, he notes Bloombergthe governor did not accept any questionsbreaking his habit