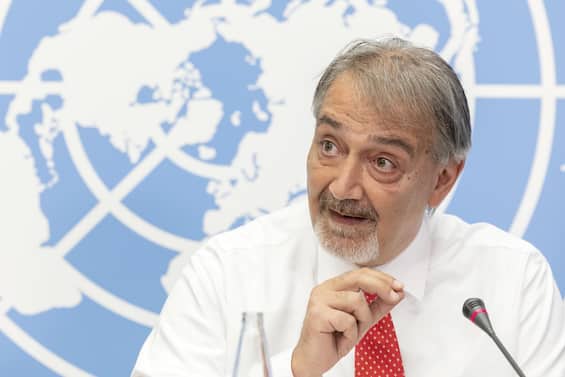 After leaving the presidency of the Italian Red Cross, he is ready to challenge Alessio D’Amato, the outgoing councilor for health of Nicola Zingaretti’s junta and center-left candidate

From a front-line lawyer against the mafia to an expert in international emergencies, a role that brought him to the top of the Italian Red Cross (CRI) but also, first Italian, of the world one. Now for Francesco Rocca the time has come for politics: after announcing his resignation today from the number one of the CRI, he was in fact a candidate for the center-right in the Lazio regional elections with a joint statement from the leaders of the Brothers of Italy, Lega, Forza Italia and We Moderates. Rocca, who on 12-13 February will challenge the centre-left candidate and outgoing Regional Health Councilor Alessio D’Amato, “represents a synthesis of great administrative experience which the Lazio Region urgently needs”, reads the note, “a guarantee of absolute ability and competence for the citizens of Lazio”.

A lawyer since 1990, he lived under guard for five years

Born in Rome on 1 September 1965, the new candidate approached volunteering from the early years of his university studies in Law: first alongside the Jesuit Refugee Service, then with Caritas, finally with the Piccola Casa della Divina Provvidenza Cottolengo. Having become a lawyer, he practiced his profession from 1990 to 2003. In particular, in the second half of the 1990s, he was at the forefront of the fight against the mafia and, precisely for this reason, he was forced to live five years under guard.

The first assignments in the health field

During his career he has held various positions: president of the IPAB “Asilo della Patria” from 1996 to 2003, commissioner of the Sant’Andrea hospital in Rome from 2002 and then general manager of the same hospital until 2007. steering committee of the National Institute for Infectious Diseases “Lazzaro Spallanzani” of Rome from 2007 to 2010 and of the evaluation unit of the National Cancer Institute – IRCSS Pascale Foundation of Naples from 2005 to 2009. Finally, special commissioner of the ASL Napoli 2 in 2011 and Director General of the IDI in 2017.

Volunteering with the Ong Hewo

In parallel with his work as a lawyer, he continued his commitment to voluntary work through the NGO under Ethiopian law of the Hansenian’s Ethiopian Welfare Organization (Hewo) of which, for a short period, he was also general manager free of charge and with the Italian Red Cross, adhering to the Blood Donor component. Since the second half of 2007 he has been called to cover the position of head of the Emergency Operations Department of the CRI. A year later, in 2008, he accepted the position of Extraordinary Commissioner. In 2009, during the General Assembly in Kenya, he was elected as a member of the Board of Directors of the International Federation of Red Cross and Red Crescent Societies.

Head of the Italian Red Cross since 2013