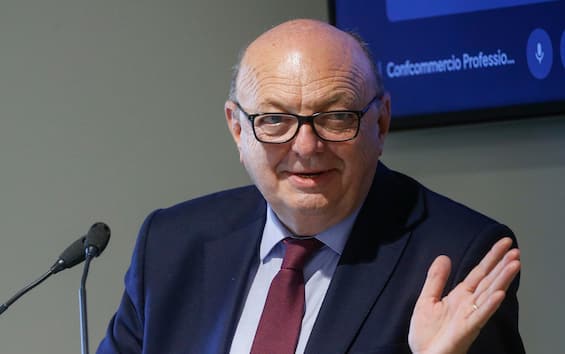 Born in 1954, graduated in Economics and Commerce from the University of Turin, Giorgetti’s deputy for economic development, he is a member of Forza Italia. Inherited from Cingolani one of the most challenging dossiers of the moment

Gilberto Pichetto Fratin, born in 1954, is the new Minister of the Environment and Energy Security in Giorgia Meloni’s government. Thus he inherits, from Roberto Cingolani, one of the most demanding dossiers. He comes from Veglio, a small village in the province of Biella, and is an economist by training, accountant and teacher by profession (THE SPECIAL OF SKY TG24 ON THE NEW GOVERNMENT).

In politics he begins 20 years from the Gifflenga City Council. Then he takes the “blue” road traced by Silvio Berlusconi. In Forza Italia it begins in 1995, with the election to the regional council of Piedmont. Two years later he is Councilor for Industry, a position he holds for more than five years. He leaves his land for a seat in the Senate. Then he returned to Turin to be deputy to the president of the Region, the then Northern League player Roberto Cota. In 2014 he is the candidate of the center-right for the regional. Strongly wanted by Berlusconi, however, the race turns out to be complicated: Fratelli d’Italia, who had clamored for the primary, leaves him to support the flag candidate Crosetto. The center-right is split and Chiamparino wins those elections. In 2018 a new phase begins: he returns to Palazzo Madama. Here he signs for the referendum on the cut of parliamentarians and becomes the leader of Forza Italia in the V Budget Commission. In 2021, he moved from the parliamentary halls to the halls of via Vittorio Veneto: in the Draghi government he was deputy minister of the Northern League’s Giancarlo Giorgetti at the ministry of economic development. And now he will have to deal with the issues of energy and the environment.

The error in the communication of the assignment of the ministry

On October 21, 2022, the name of Pichetto Fratin was at the center of a mistake made by the new premier Meloni in reading the list of ministers immediately after Mattarella had given her the post, as she reversed two ministries. The error concerns the Ministry of Public Administration and the Ministry for the Environment and Energy Security: the first was erroneously assigned to Gilberto Pichetto Fratin, while Paolo Zangrillo was indicated for the second. After realizing the mistake, the press office of the FdI leader communicated the correction with a note: “It should be noted that due to a transcription error in the drafting of the list of ministers, two names have been mistakenly reversed. correct indication: Senator Gilberto Pichetto Fratin, Minister of the Environment and Energy Security. Honorable Paolo Zangrillo, Minister of Public Administration “.