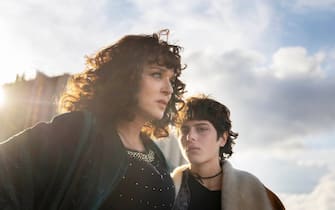 The Italian series has arrived on Netflix (also visible on Sky Q and via the app on the Now Smart Stick). The lying life of adults, directed by Edoardo De Angelis, based on the homonymous novel by Elena Ferrante. The protagonist, the 19-year-old Giordana Marengo in the role of Giovanna

For Marengo, this is the debut in the world of acting

The lying life of adults, the cast of the TV series

“I had never thought of being an actress or of being able to do it – admitted the 19-year-old during the presentation of the series in Rome – it was a friend of my mother who sent my photos to the casting of the series and from there I was call for tryouts. I met the director and immediately felt I could trust him and he helped me a lot”

WATCH THE VIDEO: The lying life of adults, what we know

To help the actress were also the other “senior” colleagues of the cast. “Valeria Golino helped me a lot, at first I was almost unable to speak. The first time I saw her in rehearsal she immediately gave me a hug and she immediately created the warmth that was needed for our scenes. She taught me a lot: by dint of watching Valeria, but also all the others, Alessandro (Preziosi) and Pina (Turco) I was able to learn a lot and quickly”

The lying life of adults, the plot of the series inspired by the book by Elena Ferrante

Giordana Marengo is Neapolitan, and graduated from the Mazzini Human Sciences High School in Naples in 2021

The lying life of adults, the trailer of the tv series

Immediately after graduation she enrolled in the Tna- Artists management agency, with the hope of working as an actress

In Giordana Marengo’s future there is obviously a career: “I will enroll in courses, which I had never done before arriving on set” he explained to Cosmopolitan

Among his dreams, a horror film. “But not playing one of the good characters, I want to play the bad guy. The monster”