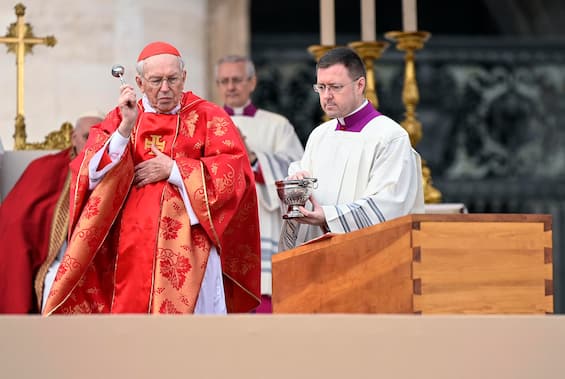 The funeral of Pope Emeritus Joseph Ratzinger, in addition to Pope Francis, was attended by 130 cardinals, more than 400 bishops and 3,700 priests. Among the cardinals who officiated at the funeral together with Bergoglio was also Giovan Battista Re, dean of the College of Cardinals, originally from Borno, in the Brescia area and, in the jargon, the celebrant.

The participation in the conclave of the last two popes

The cardinal participated in the 2005 conclave that elected Pope Benedict XVI and then also in the 2013 conclave that elected Pope Francis. Born in 1934, born and raised in Valcamonica, since 2020 he has been dean of the College of Cardinals, prefect emeritus of the Congregation of Bishops and president emeritus of the Pontifical Commission for Latin America.

The return to the Vatican in the 70s

He entered the seminary at the age of 11 in 1945 and was ordained a priest in 1957. He moved to Rome to continue his studies and graduated in Canon Law at the Pontifical Gregorian University. He was a professor at the seminary of Brescia and vicar cooperator in the parish of San Benedetto, he was in Panama and Iran. He returned to the Vatican in the 1970s and in 1979 he was appointed assessor of the Secretariat of State by Pope John Paul II. “His collaboration with the pope was continuous”, the Holy See said, “as deputy of the Secretariat of State, he accompanied John Paul II on numerous trips in Italy and abroad. On the occasion of the brief visit to Borno, on 19 July 1998, Pope John Paul II addressed him calling him a close, dearest and most faithful collaborator”.