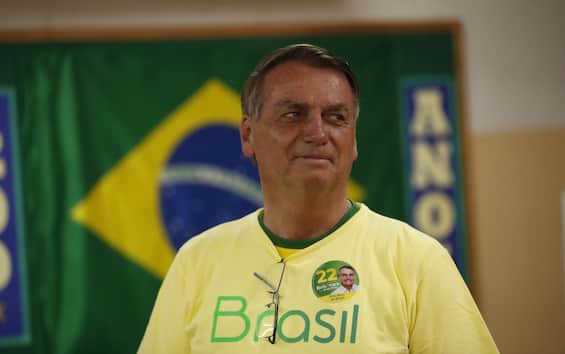 Jair Bolsonaro became president of Brazil on January 1, 2019, but failed to get re-elected in the 2022 elections and was defeated in the ballot by Lula. Bolsonaro, 67, a former far-right military man, is openly homophobic and a strong supporter of nationalist, far-right and populist policies. During his mandate, inside and outside the country, he was loved and hated with the same intensity for the arguments and words of him always over the top. In August 2019 he was accused by world public opinion following a wave of fires that hit the Amazon. And in recent years he has received numerous criticisms for his handling of the Covid pandemic in the country. He is the first president who failed to get re-elected. Considered a populist, his views have split Brazilians, arousing fierce criticism, especially on the left, but also rave praise from many who have renamed him “Myth” and “Captain of the people” for his declared anti-system position and ability to gather huge crowds of supporters in parades with the colors of the national flag.

The military and political career

Jair Messias Bolsonaro was born on March 21, 1955 in Glicério, a small town in the hinterland of the State of São Paulo, from a family of Italian origins. Graduated from the Academia Militar das Agulhas Negras (Brazil’s main military academy), he served briefly in the army’s parachuting units. His senior officers described him as “ambitious and aggressive”. In 1988, after a long military career, he entered politics by winning a seat as city councilor in Rio de Janeiro. Then he joined the Chamber of Deputies in 1991. He was a federal deputy between 1991 and 2018: during his mandate as a parliamentarian in the Congress of Brasilia he was noted for his ultraconservative positions and for various controversies, including the opposition to the LGBT world and the defense of the military dictatorship (1964-1985). He is member of the Social Liberal Party, with which he ran for leadership of the country for the 2018 elections. He is supported by the evangelical church, agribusiness and the conservative right. He has been married three times and has 5 children. The current wife is Michelle de Paula Firmo Reinaldo. While working in Congress, Bolsonaro hired her as a secretary and over the next two years she received unusual promotions and her salary more than tripled. Bolsonaro had to fire her after the Federal Supreme Court ruled that nepotism is illegal in the public administration.

During the election campaign for the 2018 presidential elections, some statements by Bolsonaro caused a lot of discussion. For example, those on the “hard hand” in the fight against crime. “If a policeman kills 20 offenders I don’t put him under investigation, I give him a medal,” he said, proposing that the rules that punish the police for excesses in the performance of their duties be abolished. And again: “Violence must be fought with stronger violence”. Controversy also for his outings against women (he asked for a lower salary for them) or the rights of minorities (“I prefer to have a dead son than gay”). Bolsonaro managed to become president also thanks to his activism on social networks: Arko Advice gave him as the most popular candidate on the internet and among Facebook, Twitter and Instagram he has over 50 million supporters. During the election campaigns a gesture of him – thumb and forefinger of his right hand simulating a gun – became popular with his fans. On 6 September 2018, he was stabbed during a rally in the square in the city of Juiz de Fora. The assault did not stop him from running. In the elections of 7 October 2018 in the first round he obtained 46% of the votes and went to the ballot with Fernando Haddad, of the Workers’ Party. In the second round, on October 28, he obtained 55.13% of the valid votes and was elected 38th president of the Federal Republic of Brazil. He took office on January 1, 2019.

Its executive was characterized, among other aspects, by the strong presence of ministers with a military background. Bolsonaro has repeatedly stated that he appreciates the military dictatorship of the 1960s and 1980s. In his government a prominent role was reserved for Sérgio Moro and Paulo Guedes. The first, chief prosecutor in the Lava Jato judicial investigation that strongly influenced Brazilian politics, was appointed Minister of Justice, while the second, creator of Bolsonaro’s economic agenda, took office as Minister of the Economy. Moro was then overwhelmed by a scandal that concerned the very investigation that made him popular: he was accused of interfering in the investigation and acting as a sort of coordinator in different phases, carrying out a function that is not allowed by the ‘legal system. On 24 April 2020, Moro resigned as Minister of Justice: during a press conference, he denounced the unacceptable attempts of interference by the president in his legal activity, including some investigations on three children of Bolsonaro.

Bolsonaro’s politics, from Battisti to Amazonia

Bolsonaro was among the first to recognize Juan Guaidó as the Venezuelan head of state. As soon as he took office, he promoted actions aimed at diminishing the rights of homosexuals, bisexuals and transsexuals. Bolsonaro then pledged to arrest and extradite Cesare Battisti to Italy. “Finally justice will be done for the Italian murderer and companion of ideals of one of the most corrupt governments that have ever existed in the world,” he said on the occasion of his capture. In August 2019 he was instead the protagonist of a clash with environmental organizations and international public opinion regarding the fire emergency in the Amazon: Bolsonaro harshly attacked the NGOs, defining them the “main suspects” as perpetrators of the fires (THE APPEAL OF THE STARS). The opposition accused him of pursuing an anti-environmentalist policy and against indigenous peoples.

The management of the pandemic

After the outbreak of the Covid pandemic, Bolsonaro’s line has always been to minimize and deny the gravity of the situation. At first he called the virus “a febricciuola”. For months he has avoided imposing distancing measures, obtaining fierce criticism from the opposition, also going against many federal governors who at the local level had decided to implement a line of containment of infections. Bolsonaro also dismissed Health Minister Mandetta. In July 2020, the president tested positive for the coronavirus. He has been called a “denier” also for his personal opposition to vaccines. In October 2021, a Brazilian Parliament (CPI) Commission of Inquiry into the Covid Pandemic approved the findings of an investigation recommending the indictment of President Jair Bolsonaro for nine crimes related to his handling of the emergency, including “crimes against humanity”.

The defeat in the 2022 elections

Bolsonaro then re-nominated for the presidential elections of 2022. Anti-abortionist, opposed to gender identity and the legalization of drugs, defender of the “traditional” family and possession of firearms, the former army captain has conducted the election campaign with the motto of “God, country and family”. The first round postponed any verdict to the ballot, in which Bolsonaro challenged leftist candidate Luiz Inacio Lula da Silva. The final results sanctioned the defeat of the outgoing president, albeit slightly: Lula obtained 60,345,999 votes, equivalent to 50.90% of the total, while Bolsonaro received 58,206,354 (49.10%). The Folha de Sao Paulo newspaper stressed that Lula’s victory represents an unprecedented event in the history of presidential elections in Brazil since the return of democracy: Bolsonaro, in fact, is the first president who has failed to get re-elected. The newspaper, however, warned that, despite being defeated, “President Bolsonaro comes out strengthened and can already automatically be considered a precandidate to succeed Lula in 2026, given the consolidation of Bolsonarism throughout the country”. Electoral data finally show that Lula has imposed himself in 13 Brazilian states, and Bolsonaro in 14.