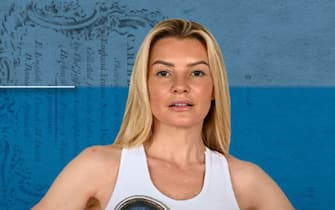 Licia Nunez is a 44-year-old actress, current competitor of the‘Island of the Famous, nominated in the episode of 25 April by Blind

WATCH THE VIDEO: Blind, who is it

Licia Nunez is a former model. She started working in the fashion world at 17, later preferring to devote herself to acting

Licia Nunez, the images of the career of the Italian actress. PHOTO

The competitors of Isola dei Famosi 2022: the cast. PHOTO

In 2003 he made his big screen debut with the film At the end of the nightdirected by Salvatore Piscicelli, which was followed by other films such as War ballet by Mario Rellini

Licia Nunez has also acted in several TV dramas. From 2004 to 2006 she played Nicoletta Capirossi in Magic spellappeared in A life as a gift with Luca Barbareschi and also in the soap opera Livewhere she played the role of Barbara Ponti

Who is Blind, as a competitor of X Factor on the Island of the Famous. VIDEO

Licia Nunez also worked as a presenter. Alongside Marco Mazzocchi she was at the helm of the sports program World nights on Rai 1. He also conducted Live like a champion with Corrado Tedeschi ed Eurogol with Stefano Bizzotto

Who is Laura Maddaloni, the competitor of the Island of the Famous

Who is Mercedesz Henger, the new castaway from the Island of the Famous. PHOTO

The Country Cousins, from Maneskin to blasphemy on the Island of the famous

Regarding private life, Licia Nunez is openly homosexual. From 2004 to 2010 she had an affair with Imma Battaglia, while from 2017 to 2021 she was engaged to the entrepreneur Barbara Eboli (in the photo)