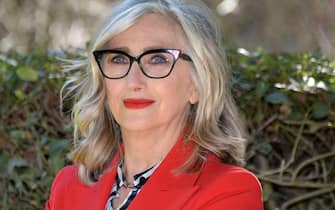 Lunetta Savino is among the protagonists of Studio Battaglia, legal dramedy starring three divorce lawyers and a future bride. The actress plays Marina, described as “elegant, authoritative and formidable, she raised three daughters alone without losing a day of work, in fact growing her law firm until it became one of the most important in Milan”

WATCH THE VIDEO: Rosa, the film with Lunetta Savino

Lunetta Savino graduated from the Alessandra Galante Garrone Theater School in Bologna. The theater debut took place in 1981 with Macbeth and the following year he made his film debut with Grogdirected by Francesco Laudadio

Studio Battaglia, the cast of the fiction with Barbara Boboulova

Lunetta Savino became popular with the general public when, in 1998, she had the role of Cettina in A doctor in the family

The actress, 64, also starred in the series The beauty of womenwhere she played the role of Agnese Borsi

2007 is the fiction The son of the moonin which the actress plays the role of Lucia, true Sicilian mother-courage of Fulvio Frisone, suffering from dystonic spastic quadriplegia, now forty years old nuclear physicist

Rosa, the plot of the film with Lunetta Savino nominated for a David di Donatello 2020

In 2014 he shot the TV film Pietro Mennea – The arrow of the South, where she played Vincenzina Mennea. For this role she won the Flaiano Award as best female performer

In 2018 he shot the film for TV Felicia Kneadedin which she played the protagonist, mother of Peppino Impastato

As for private life, she was married until 1994 with the actor Franco Tavassi, with whom she had a son