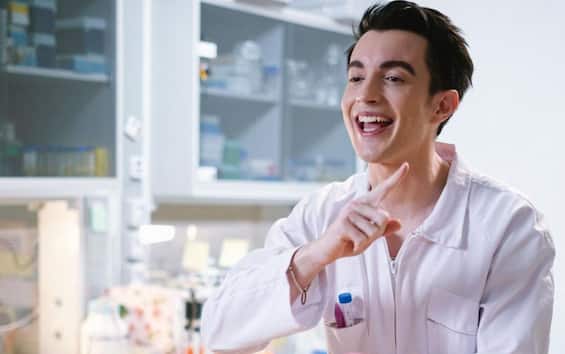 There Rai is investing in new television faces and the new “cantera” are social networks, where many very young people are exposed and seek visibility. One of the new characters landed by “mamma Rai” is Marco Martinelli, known as @marcoilgiallino, who in his profile is mainly dedicated to chemical experiments. But Martinelli is much more, because in him he also coexists the artistic soul, in addition to the scientific one, which the creator also expresses through personal interpretations of the various trends, music. The contents of him are oriented to the disclosure for the very young and are capable of attracting attention, so much so that Rai noticed him to enlist him in its young network.

From Tiktok to Rai

“My TikTok profile communicates the sciences with practical examples and fun that interest young people and adults. The nature of the platform has led me to be very concise, but I find it an advantage: summarizing an entire experiment in just one minute is of great impact “, says Marco Martinelli in his official presentation on the TikTok community blog, where he is active. with hundreds of thousands of followers and millions of views. The immediacy of its contents and the ability to explain them in a simple way, making them accessible to everyone, also and above all to non-professionals and the very young, who increasingly use social networks to get closer to science and satisfy one’s hunger for knowledge. Marco Martinelli managed to intercept that audience, gaining a large slice of the audience and making it more and more loyal, until he became a hard core that intrigued Rai. More and more often, in fact, social faces are landing on TV to refresh the television audience, bringing the contents that made them famous online to the small screen.

The little chemist on Rai Gulp

This also happened with Marco Martinelli, called by Rai for the creation of a new afternoon space on the young Gulp channel, where the creator will have to explain chemistry to the little ones. From tomorrow, Wednesday October 5th, every day at 4.40 pm, Marco Martinelli is ready to show young viewers the wonders of chemistry with simple but high-impact experiments, also revealing the tricks of a real laboratory. Initially 15 episodes of 10 minutes each are planned but based on the feedback from the public it cannot be excluded that Rai could also think of transforming the Little Chemist (this is the name of the program) into a more lasting appointment.