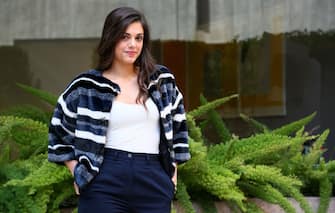 Roman singer-songwriter with an indie style, Margherita Vicario accompanies the List Representative during the evening of the covers of the 72nd Sanremo Festival

Together with the List Representative, he sings Be My Baby of the American girl group The Ronettes, flanked by Cosmo and Ginevra

Born in Rome in 1988, she graduated from the European Academy of Dramatic Art in 2009

Sanremo 2022, guests and singers competing in the fourth evening

Initially she devoted herself to an acting career, working with Woody Allen in To Rome With Love, Fausto Brizzi, Michele Soavi

Sanremo 2022, the covers of the Big in the race

He participated in the TV series The Cesaroni by Riccardo Donna, covering the role of Nina

In 2011 he wrote and directed the short If I can I start winning – at the Roman festival 48 Hour Film Project 2011 – the award for best film, best leading actress and best original music

WATCH THE VIDEO Who is Margherita Vicario

From 2012 he dedicated himself to the world of music and in 2013 he was a finalist at the Musicultura Prize with the song Please note. In 2014 it was the turn of his first album Minimal Musical

Sanremo 2022, the partial ranking after the third evening

In 2019 he publishes the singles Mandela And Romeo that mark the turning point of his musical journey. In November of the same year he reinterprets We will not be there by Francesco Guccini

In 2020 he publishes Pincio And Piña colada, in collaboration with rapper Izi, while the second album Bingo arrives in May 2021