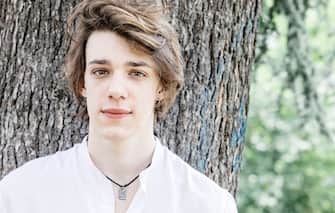 Matteo Oscar Giuggioli was born in Milan on December 31, 2000. He just turned 21, but he is already a well-known face for having participated in successful films and TV

WATCH THE VIDEO: Your honor, the new fiction with Stefano Accorsi

From an early age he was passionate about acting, dance and musicals. At 16 she decides to follow his passions and enroll in some training courses

Your Honor, the cast of the fiction with Stefano Accorsi. PHOTO

A few months pass and, noted for his precocious skills, he makes his debut in some theatrical performances, on the most important stages of Milan, his hometown.

Your Honor, everything there is to know about the new fiction

Among the plays in which he takes part, they appear Lady Oscar And Don chisciotte. He then ventured into more classic shows such as Medea

51 years of Accorsi: from The Last Kiss to Your Honor: the most famous roles. PHOTO

In 2018 he joined the cast of the film Happensbut it’s with the 2020 film Under the Riccione sununder the direction of YouNuts, which achieves greater notoriety

In 2022 he is the protagonist of the TV series Your Honorin the role of Matteo Pagani, son of Stefano Accorsi