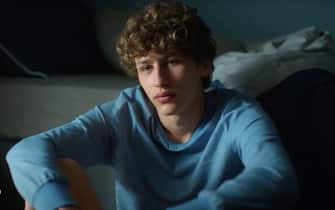 On 21 September on Prime Video (also visible on Sky Q and via the app on Now Smart Stick) was published Prism, a new series dedicated to the world of adolescents, to the discovery of their identity between rebellion, friendship and love. The protagonist is Mattia Carrano in the role of the twins Andrea and Marco

Mattia Carrano is 22 years old, he was born in Rome but has Hungarian origins

Prisma, all about the new television series

Carrano is very sporty: for years he has practiced swimming, water polo and martial arts. He is champion of Hwa Rang D, Korean martial art

WATCH THE VIDEO: Prisma, the teaser trailer of the tv series

He attended Rossellini’s Cine-Tv school, but didn’t finish it because, as he revealed to Vanity Fair, he didn’t feel comfortable. She then she has done many jobs, as the bartender and the waiter

Prisma, the cast of the Amazon TV series

Carrano is a great lover of cinema: he has seen pulp Fiction about sixty times

Prisma, a clip from the TV series presented at the Locarno Film Festival. VIDEO

The one of Prism it is Carrano’s first experience with acting. The boy impressed the director Ludovico Bessegato showing great talent during the casting

Prisma ‘, the teaser of the new TV series by the creator of’ SKAM Italia

“Mattia struck me, because instinctively he found a different posture and became Marco. When you see an actor who manages to reach certain characters with only instinct, you understand that there is material to work on” explained Bessegato speaking of the protagonist of Prism

Not much is known about Carrano’s private life. At Vanity Fair she confessed to being engaged since 2018. “She is calm, she does not give weight to what is happening to me. She only recommends that I keep my feet on the ground and my head on my shoulders. For the rest she repeats to me: You stay Mattia ”he explained, speaking of his girlfriend

The best TV series to see in September 2022. PHOTOS

Carrano lives in Rome with his mother. His parents separated when he was very young. His mother, originally from Budapest, is a designer while his father is a car salesman

The most complicated scenes in Prism? Those with Marco and Andrea talking to each other, the actor revealed to Cinematographe. “They were the most complicated both technically and acting, because I had to play Andrea’s whole scene (those two or three hours), and then try to change and, tac, I was Marco!”

“All the characters in the series are looking for their place in an ever-changing world, they follow a path. Many will be able to meet again on that path, ask questions or give themselves answers ”he explained to Cinematographe, speaking of Prism

When Carrano and the other actors of Prism they started shooting, we were still in full pandemic. “There was still the red zone, we spent a lot of time together in the hotel and an intense relationship was created. There were many to be at the first experience in a project of this kind, the only most experienced actor was Lorenzo Zurzolo, who did Baby”Explained the interpreter of Marco and Andrea to HeyJude

Right now Carrano has “only” two thousand followers on Instagram, but the number will most likely grow

On the social network, the 22-year-old actor posted a few photos, mostly from the set of Prism