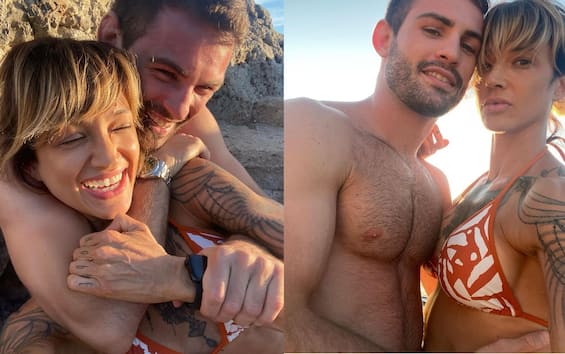 Asia Argento has a new love. To declare it the same actress and director through some posts published on social networks, in which she appears together with Michele Martignoni, between smiles, kisses and cuddles. But who is Michele Martignoni?

“Sunshine of my life”, writes Asia Argento, 46, accompanying the shots with Michele Martignoni, 26 years. Among the images, the eloquent photo of a kiss. Martignoni is a champion of mixed martial arts (MMA), also Roman as the actress. Nicknamed “The italian thunder“(Il tuono italiano), in 2018 conquered the record for the fastest victory in the history of the discipline, knocking out his opponent, Simone D’Anna, with a flying kick in just 7 seconds. seven wins and one defeat and fights in one of the best promotions in the world (Cage Warriors, where Conor McGregor also started) and trains at the Aurora in Rome. In October he will return to the octagon for an important match, indeed the “most important” as he himself defined it: he will challenge the Englishman in Rome Dominique Wooding called “Black Panther” for the bantamweight title. Martignoni also published some shots on his Instagram profile with Asia Argento, accompanying them with this caption: “When you get up in the morning, remember what a precious privilege it is to be alive: to breathe, think, feel joy and love – Marcus Aurelius”. Immediate comment from the actress: “Your kiss is like a rock”.

Asia Argento therefore seems to have found love, after some difficult years. In 2018 he had to face the suicide of his partner, Anthony Bourdain, American chef and TV personality. “My heart is full of joy for this year of sobriety” wrote her June, also on Instagram. “I live life one day at a time and everything seems beautiful to me. Thanks to the Buddhist practice of Nichiren Daishonin and in the AA program I learn to recognize the difference between right from wrong, the very essence of all things. The way to happiness is not complicated. The fact that difficulties arise is something that always happens, so we must not let ourselves be defeated, but turn the poison into medicine. Nam Myoho Renge Kyo ”. From 2000 to 2006 Asia Argento had a relationship with Morgan, with whom in 2001 he had a daughter, Anna Lou. In 2008 she married the director Michele Civetta, with whom she had, in the same year, the son Nicola. The couple then separated in 2012. In 2017 she had an affair with Bourdain, which lasted until the chef’s death. She has also had relationships with her in the past Max Gazzé and Fabrizio Corona.