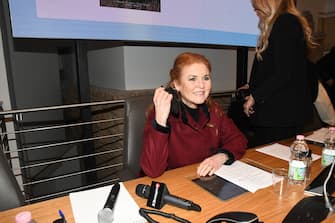 His registry name is Sarah Margaret Fergusonbut the marriage, albeit shipwrecked, with Andrew gave her the title, which she still retains today, of Duchess of Yorkas well as that of Elizabeth II’s daughter-in-law

Andrea and Sarah Ferguson will take care of the corgi

Second child of the major Ronald Ferguson and his first wife, Susan Mary Wright, Fergie will turn 63 on October 15

Greetings from the royal family to Elizabeth II

Upon her parents’ divorce, Sarah stayed with her father who remarried and had three other children. After school, at the age of 18, he found work first in a public relations firm, then in an art gallery, and finally in an advertising company.

The meeting with Andrea, third son of the queen, it happened when they were both kids, during some polo matches. They began dating, arriving first at the engagement, then at marriageonce the queen’s consent was obtained

They married inabbey of Westminster on 23 July 1986 and before the ceremony, Andrea obtained from his mother the title of Duke of York and the wife that of Duchess

In 1988 she gave birth Beatrice Elizabeth Mary and in 1990 Eugenia Victoria Helenabut just three years later the marriage began to show signs of abating, aggravated by the absences of her husband and by the attacks of the tabloid press

There separation was announced on March 19, 1992, the divorce May 30, 1996. But the Duchess still wanted to remain tied to the royal family. Despite this, her life after her divorce was particularly turbulent, amidst scandals and attacks by the British press.

It retains the privilege of ducal title but without the treatment of Royal Highness, thus remaining a minor member of the royal family. She was only readmitted to court in 2018

Following a documentary shot in Turkish orphanages in 2008, Turkey requested the extradition of the Duchess of York to try her for illegal appropriation of video footage and violation of the privacy of five children being filmed. The request was rejected by United Kingdom on January 13, 2012