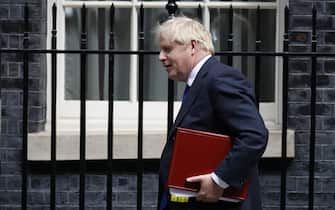 Boris Johnson he is no longer the leader of the Tories. He will remain prime minister until next autumn, when – between September and October – the British Conservatives will have a name to replace him. A painful but obligatory choice, to face the rain of resignations among the members of his government team, delivered in the wake of the latest great scandal that hit Johnson’s team, the Pincher case

THE PINCHER SCANDAL – Still under pressure for Partygate, Johnson has had to deal with the scandal he has engulfed Chris Pincherloyal to the prime minister and former deputy chief whipa kind of custodian of majority discipline in Parliament

It all starts from an article published in the last few days on The Sun. Pincher, drunk, he would have groped some men – including another British MP – in a gentlemen’s club. The rumors in the press immediately led to his resignation and at the same time awakened a controversy that also led to Johnson’s

Boris Johnson, who is the British premier. Between scandals and resignations

In 2019 Pincher had already been charged of similar facts. The same Johnsoncornered by the outrage of British voters on the one hand and internal Tory protests on the other, admitted that he was aware of of the first episode disputed to Pincher two years ago

From watermelons to vaccines, Johnson’s most famous blunders

“An error“Do not dismiss him already at the time from the party, said Johnson remarking that he does not want alleged sexual predators in the government, too late to avoid being overwhelmed by this choice

Who could take Johnson’s place

In the meantime, between 2019 and 2022 Pincher has passed from the position of Deputy Minister of Foreign Affairs to that of deputy chief whip, more important and institutional in English parliamentary law

While the UK went through a severe lockdownimposed by Johnson’s government for the Covid-19 pandemic, a Downing Street they organized themselves parties without respecting the restrictions

Alcohol late into the night, among the partygoers – as well as various exponents of British politics – it was discovered that Johnson was also. Initially the premier had denied of having taken part in it, saying that he did not know what happened when he was not present

Johnson’s claims have been denied by some photos that portray him participating in the festivities in Downing Street. The premier had retracted, apologizing but without giving in to the requests for resignation that had already invested him. He also failed to withstand the Pincher scandal