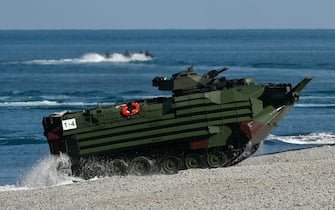 Taiwan is in the center of one confrontation between China and the United States. Beijing has considered the island its national territory since 1945 and wants to annex it, but the US is opposed with the American president Joe Biden who clearly reiterated in a telephone conversation with the Chinese one Xi Jinping that the Western country is “firmly opposed to unilateral efforts to change the status quo or undermine peace and stability across the Strait ”

WATCH THE VIDEO: Status of Taiwan, the telephone conversation between Biden and Xi

But why the small island from 23 million inhabitants off the coast of China is that important? The reasons are varied and include military, political and economic strategies

Since the founding year of the People’s Republic of China, Beijing has been trying to annex Taiwan. Current President Xi Jinping has even set a date by which to do so, which is 2049centenary of the birth of the Republic

In addition to ideological reasons, why China wants to annex Taiwan as the last step to complete the reunification of the country, there are other strategic-military and economic ones. The island would allow China to increase its own military influence on the Pacific Ocean, gaining total control of the area

Furthermore, Taiwan can be considered a real gold mine: yours gross domestic product it has overtaken nations such as Switzerland, Sweden and Saudi Arabia and can be placed among the top 20 economies of the planet. 40% of world trade transits here, a quarter of which are American, for a total annual value of almost 5.3 trillion dollars

It also holds the 92% of the production capacity of advanced semiconductorsthat is fundamental industrial components for making cars, smartphones, PCs, but also military and medical instruments

For this reason Taiwan represents a strategic island for global technological development. If China annexed it, it would then have the control over the Pacific Oceandriving the American enemy off its shores, and would increase its own economic weightthanks to the technological leadership of the small country

On the other hand the Useafter the Second World War, they erected military and strategic outposts in Asia to ensure long-term influence in the region and ensure the proper development of global trade

By losing Taiwan’s independent status, the United States would lose a basic outpost on the Pacific. But even more worrying would be the implications of an economic nature. The island represents one of the main manufacturing hubs of the world, the 60% of international trade volumes it transits the territory, in addition to being the main producer of semiconductors, fundamental in the technology and industrial industry such as telephony, automotive, cloud computing, electronics