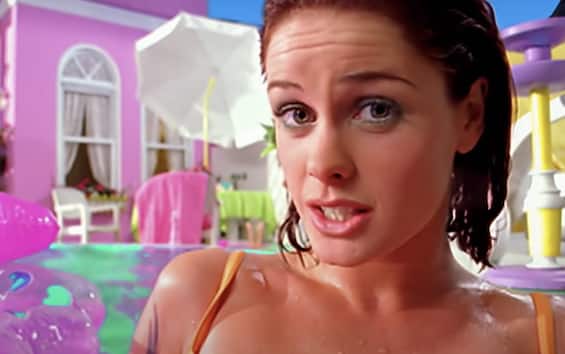 Although many expected it (and wished it), the song Barbie Girl eventually it will not be included in the soundtrack of Barbiethe highly anticipated film directed by Greta Gerwig dedicated to the most famous doll in history.

The famous hit of 1997 is the catchphrase of Aqua, the Danish group whose fame is inextricably linked to that legendary song. Song that we define legendary because at the time of its release, towards the end of the nineties, Barbie Girl it upset the electronic music scene of the time, undermining some of its foundations.

Unfortunately for Aqua fans (who hoped so much) the song will not appear in the feature film dedicated to Barbie and Ken. No surprise, given that this ruling had already been clearly announced by the manager of the Danish group himself, Ulrich Møller-Jørgensen, who told the US magazine in May 2022 Variety in clear words: “The song will not be used in the film”. Yet there were those who still clung to the hope of an afterthought. Give up all hope, you who listen (Barbie Girl).

What emerges now are the reasons that would have led to this choice, reasons that explains the singer of Aqua, Lene Nystrøm.
In an interview recently released again to Variety, the musician said that including their song in that film would be tedious, as well as extremely mundane. The same choir was joined by the drummer and guitarist of the Danish group, Søren Rasted, who expressed himself thus: “We must say that we refused. Ryan Gosling is not good enough! I fully understand why they didn’t use it, but he will bring us a lot of attention no matter what happens ”.

The Aqua had been dragged to court by Mattel

The relationship between Aqua and Barbie is very conflicting: although the group owes its fortune to the most iconic blonde doll in the United States (and the whole world, including Denmark), the band has had quite a few headaches through her.

When Barbie Girl came out in 1997, Mattel did not approve. The doll’s company even decided to drag the Aqua to court on charges of defamation. In the end, the lawsuit was not won by Mattel, as the Danish group managed to demonstrate that that song did not want to defame Barbie and her partner Ken at all, but that it was only and exclusively a provocative intent, therefore pure satire.

Barbie Girl it sold over 1.4 million copies in the US, and Mattel also filed a lawsuit against MCA Records (which had released the song in the US), this time for trademark infringement.
The concerns of the Mattel company can be easily understood, if you remember well the video clip of Barbie Girl (which we propose again at the bottom of this article). The fear was that the song could somehow damage the Barbie brand, mainly due to lyrics suggesting a promiscuous Barbie, as well as the images in the video (which basically do the same thing mentioned above).

Mattel: “A promiscuous Barbie who sings in a flirtatious tone”

“A promiscuous Barbie that sings in a flirtatious tone”, so Mattel described the Barbie protagonist of Barbie Girladding that the song also features a “licentious Ken doll who responds ‘kiss me here, touch me there'”.

They also sued a scene from the video clip, in which Ken accidentally tears off the arm of Lene Nystrøm, the singer who plays Barbie.
In response, MCA Records claimed the song was a parody, protected by the First Amendment of the American Constitution. And at that point he in turn filed a libel suit against Mattel, due to the statements that the company spokesperson allegedly made during the legal proceedings. In short, there is no peace for Barbie Girl.

Eventually, however, the United States District Court in California dismissed both sides’ claims. A judge declared that “Mattel’s statements were non-prosecutable hyperbole,” ruling that the song is a parody, making fun of both her (the Barbie) and the plastic values ​​it represents.

Although the manager of the Danish group did not explain the reason for the decision not to include the Aqua song in the film, it is likely that the exclusion of the song depends on the friction between the band and the toy company Mattel, which still owns the brand. Barbie.

The Barbie and Ken movie

It is called precisely Barbie the film written and directed by Greta Gerwig together with her partner Noah Baumbach.
The stratospheric success is widely foretold, considering that to interpret the famous doll and her boyfriend will be respectively Margot Robbie and Ryan Gosling, two of the most popular stars of Hollywood today.

Below you can see the video clip of the song Barbie Girl of the Aqua, “she” who will therefore be the great absentee of this film.