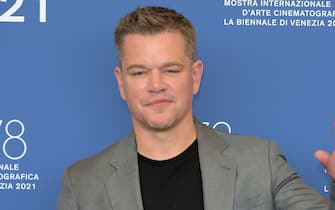 The role of the protagonist, Will Hunting, is entrusted to Matt Damon. The film earned him the Academy Award for Best Original Screenplay (edited by himself and Ben Affleck) and a nomination for Best Actor

Will Hunting is a messy twenty-year-old who cleans floors at MIT and spends his evenings drinking beer with friends. However he is a real math talent. When he starts solving very complicated problems, his life may change, but his problems seem to be bigger than his talent.

Robin Williams plays Sean Maguire. The late actor took part in many successful films in his career, winning the Oscar for Will Hunting and getting applications for Good morning, Viet Nam, The fleeting moment and The Legend of the Fisher King

Robin Williams: the most famous phrases of his films

In Will Hunting – Rebel genius is Sean Maguire, the only psychologist with whom Will manages to establish a good relationship. Through anecdotes about his life, Sean tries to teach Will how to build real relationships

Matt Damon: from “Will Hunting” to “The Martian”, his best films. PHOTO

Ben Affleck is Chuckie Sullivan. Launched right by Will Hunting – Rebel genius, which he co-wrote, Affleck has earned numerous accolades throughout his career. Among his most awarded films we find Argon

WATCH THE VIDEO: Ben Affleck, 7 curiosities about the actor

Chuckie Sullivan is Will Hunting’s best friend: he is the one who encourages him to follow his talent, and to seize all the possibilities that he and their other friends don’t have

Ben Affleck, the career of the actor. PHOTO

Minnie Driver is Skylar. The London actress, nominated for an Oscar for Best Supporting Actress in 1998 for Will Hunting – Rebel genius

Skylar is the Harvard student Will falls in love with. Deeply in love with the “rebel genius”, she nonetheless experiences with impatience the ease with which he manages to solve problems that take her hours

Stellan Skarsgård is Professor Gerald Lambeau: it is he who helps him get out of prison when he is arrested for brawling, and he is the one who offers him job interviews which Will promptly fails. However, Lambeau is also very jealous of the boy’s talent

Casey Affleck as Morgan O’Mally, part of the Will Hunting group of friends

Cole Hauser as Billy McBride, also among the friends of Will Hunting

Will Hunting – Rebel genius is dedicated to the memory of the poet Allen Ginsberg and the writer William S. Burroughs, who both died in 1997