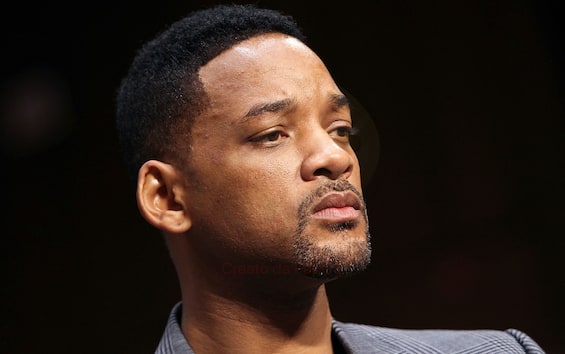 The noise of slap hurled by Will Smith to Chris Rock on the stage of Oscars 2022 after a joke from the presenter about the shaved head of Jada Pinkett Smith, the actor’s wife suffering from alopecia, is likely to still echo in cinemas. In an interview given to Fox 5 Smith, who after the unfortunate episode will return to the big screen for the first time with the historical drama on slavery emancipationdirected by Antoine Fuqua and due out in December, showed full understanding for reluctant viewers: “I completely understand – if someone is not readyI would absolutely respect that and give them the space to not be ready,” however, “my biggest concern is my team – Antoine has done what I think is the biggest job of his entire career. The people on his team have done some of the best work of their entire careers, and my deepest hope is that my actions don’t penalize my team”.

THE SLAPS AT THE OSCARS

Will Smith experienced a double night of the Oscars 2022: the first with the Oscar win for Best Actor in King Richard for the role of Richard Williamsfather and coach of the tennis sisters Venus And Serena Williams, and the second with the scandal raised over the slap of comedian Chris Rock. Despite the actor’s apology, the Academy banned Smith from attending the Oscars for the next ten years. “It was a horrible night,” the actor said in an interview with The Daily Show With Trevor Noah. “It was the little boy who saw his father hit his mother, you know? All of that just exploded in that moment. That’s not who I want to be.” Smith then shared an anecdote about the family’s reaction: “I was gone. That was anger that had been bottled up for a really long time. My nephew is nine years old. He is the sweetest little boy. We returned home. He’d been up late watching his Uncle Will and we’re sitting in my kitchen and he’s on my lap and he’s holding up the Oscar and he’s like, “Why did you hit that man, Uncle Will?” Curse”.

In an interview with Vanity Fair Antoine Fuquadirector of emancipation, called Smith’s slap “an unfortunate event, and I hope we can move forward and get over it.” And, perhaps, thanks to the release of the film scheduled for the same year as the controversial ceremony. emancipation, based on the true story of the slave Gordon, photographed in 1863 with his back torn by scars and therefore inspirer of the abolitionist movement, tells the story of Peter, a runaway slave known as “Whipped Peter” (Peter Frustato) for the photos of the scars caused from the brutality of slavery. The film follows Peter’s escape into the Louisiana swamps from plantation owners who nearly killed him. “The movie is more important to me than that moment,” Fuqua explained. “Four hundred years of slavery are more important than a moment. My hope is that people see it that way and watch the movie and are blown away by Will’s great performance and all the real hard work that the whole team put in.” The decision to release in theaters a few months later therefore answers the director’s question “”Isn’t that four hundred years of slavery, brutality, more important than one bad moment?””. Smith agrees: “American slavery was one of the most brutal aspects of human history…It’s hard to fathom the level of human cruelty. My daughter asked me, “Dad. Do we really need another slave movie?” I replied, “Daby, I promise you, I wouldn’t make a movie about slaves. This is a film about freedom”. Hope is letting the past flow, personal and collective: “I hope the good that can be done opens people’s hearts”.