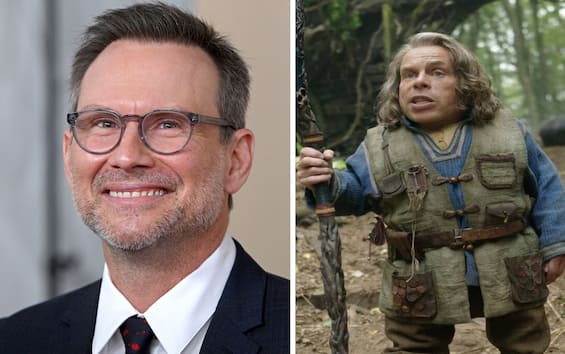 It has been announced that one of the cast members of the highly anticipated television series “Willow” will be none other than Christian Slater.

The legendary actor will be part of the show that will arrive on November 30 on the streaming platform (also visible on Sky Q and via the app on Now Smart Stick). The character played by the star will be a friend of Madmartigan.

Warwick Davis, who plays the lead, revealed: “I can’t wait for you to watch him on the show, he’s fantastic.” Warwick Davis – for the uninitiated – is the British actor, TV host and comedian suffering from dwarfism who will play Willow Ufgood in the upcoming series.

During the D23 Expo the announcement was made regarding the stellar presence of Slater and on the same occasion the trailer of Willow.
Christian Slater arrives on the show after being a cast member of another series, namely Mr. Robot. But the legendary Slater is above all a legend of the 90s big screen, famous as he is for his unforgettable roles in masterpieces. Nineties of the caliber Robin Hood And Interview with the vampire.

His name is also inextricably linked to a film from the Eighties, that is The Name of The rose (released in 1986) in which a very young Christian Slater played the part of Adso da Melk.

Already in 2005 there was talk of a transposition of Howard’s film and during an interview released in May 2019 the director of the 1988 film revealed that he had been contacted by Jonathan Kasdan for the realization of a television series for Disney + based on the its film.

Jon M. Chu was originally designated to take care of the show but then left the project in January 2021 due to production delays; he was then replaced by Jonathan Entwistle to direct the pilot episode. But other delays also prompted Entwistle to drop out, in turn replaced by Stephen Woolfenden, who directed the first two episodes. The first season will consist of 8 total episodes.

Below we show you the official trailer of the “Willow” series.