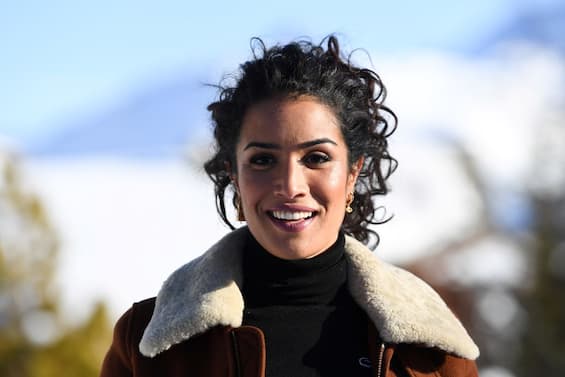 The odd couple formed by a policewoman and a priest is not an absolute novelty for the small screen. However, the seminarian Friar Clément and the young provincial Elli Taleb are not polar opposites only for “professional” reasons. To distance the two protagonists of With Heaven’s help it is also everything else: she is a convinced and very pragmatic atheist who seems to have nothing in common with him, a bookworm abandoned in a convent when he was still very small. As it is easy to predict, they will eventually find the understanding between a mystery to escape and a complicated investigation.

The almost violinist priest and the policewoman from César

The protagonists of the series are Mathieu Spinosi and Sabrina Ouazani. The two actors seem to have found chemistry early on set, certainly before their characters. “I loved working with Sabrina, an incredible and generous actress, a person of great depth and sensitivity,” said Spinosi. His Friar Clément is a very mild-mannered character but the calmness he displays won’t be enough to hide the disruptive impact he will eventually have on Elli’s life. The inspector is a woman in one piece, focused on work and capable of conceiving an emotional bond only with the three sisters that she raises. Ouazani defined her character as a “singular, informal, impatient and strong” figure. The French-Algerian actress is certainly one of the trump cards of With Heaven’s helpwhich she lands after a career in which she was also nominated for the César Award (she was Frida in The dodge from Abdel Kechiche). His on-screen partner in crime also has an excellent resume in the same way, ennobled by participations in committed films such as the biopic Simone Veil – Le voyage du sièclAnd. And to think that Spinosi risked becoming an artist of a different genre before turning to acting. Son of a Belgian conductor, the interpreter of Friar Clément was about to follow in his parent’s footsteps by dedicating himself to music and in particular to the violin. Only on the wire did the cinema finally get the better of the Ensemble Matheus, of which he too had become a member at a very young age. In addition to the two protagonists, the cast features several other prominent names such as Jerome Robart, which gives the face of Lieutenant Franck Gallois. Then there are as well Christian Ruth (as Mathias), Myriam el Ghali-Lang (Berenice), Siham Falhoune (Maryam) e Kelia Millera (Noémie).

Friar Clément is much more than a young transalpine clone of our local Don Matteo. He has a great intuition and a perfect academic preparation to reveal the mysteries that crowd the series, thanks to his degree in psycho-criminology. He has a little more difficulty deciphering Elli, the policewoman who looks with skepticism at religion and at the path chosen by the seminarian. However, over the course of six episodes, the meeting between the two will undermine the certainties of both while various questions awaiting answers gather around the monastery. The most pressing question remains: “Who are the culprits of the mysterious murders that take place in the area?”. With the help of heaven (and their acumen) Elli and Clément will look for the answer.