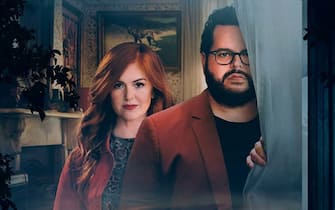 Isla Fisher she plays Mary, a woman who is actually also a werewolf

Josh Gad is Gary, a widower in his forties who cannot overcome the trauma of losing his wife and is unable to help his 11-year-old daughter, Emma, ​​do the same

Bridgerton 3, Jonathan Bailey and Simone Ashley in the cast

Also in the cast Emma Lung aka Sarah, Gary’s sister-in-law

Also in the cast of the series Jake Ryan

Stranger Things 4, the first images of the new season

The Australian actress also stars in the series Robyn Nevin