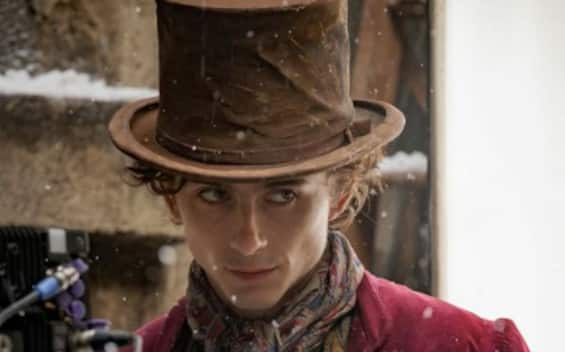 Legend has it that the author of The Chocolate Factory Roald Dahl never granted the rights to the literary sequel of his work for a specific reason. The great writer had in fact been very disappointed by the first film adaptation in 1971, in which, according to him, too much space had been given to Willy Wonka and too little importance to the real protagonist of the story: little Charlie Bucket.

With all due respect to Dahl, after a good half century, things have not changed too much: cinema continues to have greater interest in the chocolatier with the tuba, so much so that an entire film has been dedicated to him. Wonka it will probably arrive in theaters only in 2023 but in the meantime it seems to have already convinced the participants in the first screen tests.

Part of the charm of the owner of the most famous chocolate factory in history also lies in its aura of mystery. Depending on the generation, each grew up with a different film incarnation of Willy Wonka on their mind, not knowing much about how he came to own his factory. In the first film the character could count on the histrionic talent of Gene Wilder, who actually was never really satisfied with his work. The latest version of Tim Burton instead it boasted the participation of a Johnny Depp decidedly in part and capable of also drawing inspiration from modern icons such as Michael Jackson. Just in the 2005 film, the director of Edward scissor hands he had taken some space to explore the origins of insane Willy Wonka. The attempt lasted just a couple of scenes but it was useful to give a minimum of past to the deus ex machina of the most famous confectionery industry in pop culture. Today that operation is replicated and expanded, coming to dedicate an entire film of the same name to the Wonka “before the factory”. To wear the colorful and iconic clothes of the protagonist, once again a much loved thick star was chosen, Thimotée Chalamet, flanked by a rich cast that includes the likes of Sally Hawkins, Hugh Grant and “Mr. Bean ”Rowan Atkinson.

A sweet as chocolate screen test

There is the director of the film Paul King, former author of two films dedicated to the British icon Paddington. Take up an ambitious project like Wonka after a couple of films dedicated to the bear it could be a risky bet but, at least from what filters so far, everything seems to be going well. The journalist and film critic Jordan Ruimy in fact, he collected positive opinions from the people selected to participate in the first screen-tests of the film: “I hesitated to participate in Wonka’s test screening, but I’m glad I did. He’s very imaginative, especially visually, ”an anonymous source told Ruimy, especially applauding Chalamet’s performance that would reinvent the character“ in his own unique way ”.

The test screenings are very popular especially in Hollywood but it is not to be taken for granted that they always go so well. This tool, which has existed since the days of Buster Keaton, has changed the story of so many beloved films at the last corner. Without the opinion of the viewers in a screen test, classics like Titanic or Those good guys they would probably have looked quite different. The iconic opening sequence of La La Land it would never have returned to the final editing if on one of these occasions more than someone had not pointed out: “Gentlemen, here it is not immediately clear that it is a musical”. Even in Italy, rehearsal screenings are increasingly used, often revolutionizing films that might not have had the same success without the suggested changes. Just think about how it would have been different Fast as the wind if he had maintained a more marked action a la streak Fast and Furious. However, it must be said that, in most cases, a screen test is often only the last necessary green light, requested by the project participants themselves to be more relaxed. Given the success, who is involved in Wonka can wait for the release of the film in 2023 without too many worries. The next winner of the golden ticket hidden in the chocolate bar could be him.