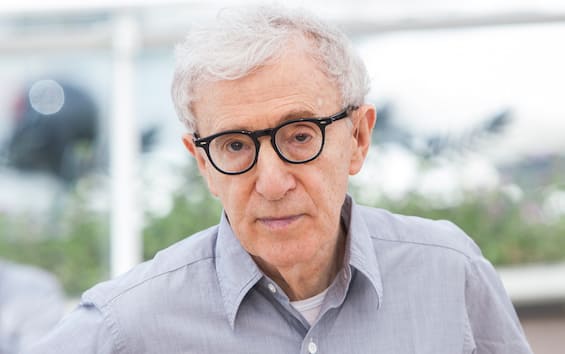 Woody Allen does not agree at all with the rampant phenomenon of cancel culture. “The greatest stupid of our generation”, even so defines the American director.
The expression “cancel culture” (literally translatable as “culture of cancellation” or “culture of cancellation”) indicates that modern form of ostracism with which someone is excluded from social or professional circles. It affects public figures, brands, consumer and entertainment products as a result of statements or facts considered offensive. From Gone With the Wind (removed from the HBO catalog before being readmitted with an ad hoc introduction to explain the horrors of slavery) to Pepé Le Pew which will not appear in the sequel to Space Jam presumably because male chauvinist and harassing, today the cancel culture is spreading.

Woody Allen, for his part, is firmly convinced that sooner or later we will be ashamed. He expressed himself in these terms during an interview with ABC Spain, a focus during which Allen dealt with several topics, from the decline of the stars and stripes cinema to the phenomenon of cancel culture. This aspect of today’s society seems to have touched him in a burning way, as his words would suggest.

“Humanity has consistently behaved stupidly throughout history. Cancel culture is the stupidity of our generation, “she declared bluntly.
In his opinion, this trend will be set aside soon, with a lot of second thoughts and shame of the proverbial “with hindsight”.
As in the McCarthy era (referring to the period of the 1950s in which there was a real witch hunt in the United States of America, and in which the witches were the Communists and the pro-Communists) according to Allen we will be ashamed.

The American director is not the only one to think of it in this way: the very expression “cancel culture” has a rather negative connotation, since erasing is never the solution: the millenary practice of hiding the dust under the carpet has not given good results. , rather. Hiding the skeletons under the carpet in the closet, for example, is just a transfer of something you are ashamed of. But “social archeology” teaches us that sooner or later everything re-emerges, everything comes to the surface. And the effects of that re-emergence seem to be even more devastating.
Therefore, the culture of cancellation, in addition to damaging the rights of freedom of expression and to extremes politically correctis opposed by many.

“We will be ashamed of it. We’ll say to ourselves, ‘My God, did people really do it and accept it?’ ”Continues the director of Manhattan, Me and Annie And Midnight in Paris (just to mention some of the titles of the 50 films he shot during his long career).
The criticism that this man moves to the trend of cancel culture (which for many people is negatively to be counted among despicable expressions of ostracism and censorship) also depends on the fact that Woody Allen is just one of those who has been overwhelmed by this respectable wave. The reason? With the birth of the #MeToo movement, old allegations of sexual harassment against adopted daughter Dylan Farrow re-emerged.

Many people have distanced themselves from Allen

Although the story of Allen’s alleged sexual harassment of his adopted daughter Dylan has been debated for decades (it was also recently the subject of a documentary entitled Allen vs. Farrow) and despite never having led to any legal conviction, many stars as well as many studios have decided to distance themselves from him anyway.

The release of the film A Rainy Day in New York was suspended from Amazon Studios, which prompted Woody Allen to sue the production. With the return of the distribution rights in the United States to the director and a consensual resolution dated November 2019, the dispute has been resolved, however it remains undoubted that times were not easy for Allen.

The four-time Academy Award winner spoke of dismissed teachers and academics, discredited scientists and blacklisted actors: “People will eventually realize that. […] There are already many people who see cancel culture for what it is: an embarrassment, ”Allen said.

The great coincidence of #MeToo for Woody Allen

And to think that the #MeToo movement was born practically at home: the journalist who led to the birth of the movement against sexual harassment is Ronan Farrow, that is the only biological son of Woody Allen (although there is a however, which we will see soon).

We are talking about Woody Allen’s only biological son (all the others are adoptive), although Ronan has decided to keep only his mother’s surname.
Despite being considered Allen’s only biological child, there is one though (as we said before): Mia Farrow revealed a few years ago in an interview with Vanity Fair that Ronan is most likely not Woody Allen’s son but Frank Sinatra’s.

Recall that “The Voice” was the husband of Mia Farrow, who asked for a divorce while the actress was working on the set of the film. Rosemary’s Baby by Roman Polański.
Although Sinatra had asked for a divorce (apparently because of that film, “cursed” in all respects, if you think about what happened a year and two months after the first take to the family of the director Roman Polanski) the two former spouses they remained very close, even after they separated. So close that they still had sexual relations, then, that is, those that make Mia Farrow think that Ronan could be her son instead of Woody Allen.