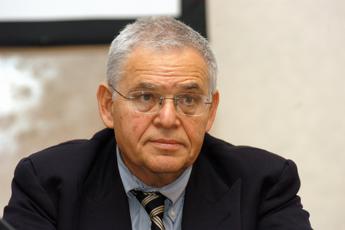 The American political scientist: “The courage of Iranian footballers has changed things, it will be a friendly”

“My impression is that the hostility and the tensions between the United States and Iran are reduced to one percent compared to a week ago. There won’t be soldiers on the field shooting at American players: American players know that the players they play with are all anti-regime, without exception. So there will be the opposite of political hostility between the two, tonight it’s practically a friendly”. Speaking to Adnkronos is Edward Luttwakwho in an interview comments on the United States – Iran match that will be played tonight in the context of the World Cup underway in Qatar whose tensions have been held up for days in the press and on social media.

“This is not a match like Serbia Croatia – explains Luttwak – but a game between people who are on the same side, on the same side of the river. So zero hostility, between the players and no one”. The competition therefore, explains the professor, remains only sporting: “Obviously both want to win. But there is no hostility, everything has changed because, with considerable courage, the Iranian players have expressed their point of view very clearly. They declared where they are and what they do”, says Luttwak. The reference is to the clear stance of the Iranian team which, in recent days, he refused to sing the anthem in protest against the Iranian regime’s violence. “Because of this, their families were threatened, and because of this they stammered the national anthem in the next game,” observes the political scientist and essayist.

A small step towards the evolution of a story which is, however, still far from a radical change. “History will change when this regime, which now relies on bare force and guns, changes,” says Luttwak. “But it has been delegitimized. The people who support the regime will be maybe 15% of the population.” Emblematic, concludes the expert, “the fact that there hasn’t been a single case in which a single word has been said towards the demonstrators. The players, if they behave like this, know that the vast majority of people are with them“.