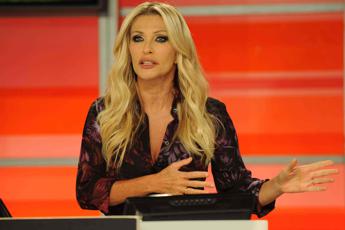 “The company didn’t defend me in the slightest, I didn’t expect what they did to me at all”

“I have been involved in the World Cup since 1982, since I was a little girl, I started with private television. Now I have a lot of bitternessI was completely removed from the World Cup from Rai, they took everything from me overnight without any justification by the company, which has not defended me in the slightest”. the harsh outburst of
Paola Ferrari, which entrusts its bitterness to Adnkronos for not having been involved in the project on the World Cup underway in Qatar by Rai. “I was given no explanation, the company did not defend me not at all”, says the journalist bitterly, for years the face of sports management in Rai.

“I had been leading the national team, the spaces of the Europeans for years, the Europeans was a wonderful moment, I didn’t expect what they did to me at all”, vents Ferrari. That on the broadcast that Rai created to accompany the football event, ‘Il Circolo dei mondi’, you observe: “I I would never have done ‘The World Cup’. I would have done a more technical broadcast, more linked to the world of football, I would have mainly dealt with the players of the Italian clubs who play in the World Cup, because we are a league that gives a lot of players. So I would have done a completely different show.”

On the format conducted by Alessandra De Stefano, director of RaiSport and of the Sports Department, the journalist observes: “I don’t mind the combination of football and entertainment at all, but it is very difficult to do, especially when we are talking about a World Cup with so many meanings and values ​​to question”. Ferrari is currently conducting ‘Domenica Dribbling’ alongside Adriano Panatta. “I conduct it with joy – underlines Ferrari – it’s a wonderful experience, he’s a histrionic and funny person. Sure, it’s a smaller program, but we still have a lot of fun”.