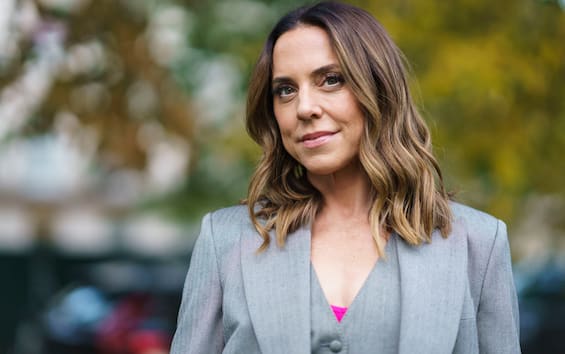 Mel C also joins what is becoming a long list of showbiz stars who refuse to perform in Qatar for the World Cup that is currently taking place in this country.

The former Spice Girl declined the invitation, turning down the offer for her concert. The singer, 48, said she “wouldn’t be comfortable with her” accepting money to perform on stage in that country because of the dire human rights record. “I am an ally of the LGBTQ+ community,” stressed the British musician.

The news relating to his categorical no comes shortly after that of the controversial £ 10 million contract signed by David Beckham, who has agreed to be the country’s ambassador for the next 10 years, as well as therefore also being an ambassador for the FIFA World Cup Qatar.
Recall that Beckham is the husband of another Spice Girl, Posh Space, aka Victoria.

Despite the controversy over the Arab country’s treatment of women, migrant workers and people who are part of the LGBTQ community, David and Victoria Beckham (who usually make decisions relating to their business and their family together) have not step back.

Instead Victoria’s bandmate Mel C told Richard Eden del Daily Mail the following: “Personally, I’m an ally of the LGBTQ+ community and it’s not something I would feel comfortable doing.”

Dua Lipa has denied rumors of her alleged performance in Qatar

The news of Mel C saying no comes shortly after a colleague of hers, Dua Lipa, denied rumors of what was supposed to be her performance in the Arab country.
THE rumors in fact, they insinuated that Dua Lipa would perform at the opening ceremony of the World Cup, which took place on Sunday.

A week before the start of the soccer tournament, however, the musician wanted to deny those rumors. She posted her statement to her Instagram Stories, which puts it in black and white that she will not perform and she has never been involved in any negotiations for a possible show.

Dua Lipa wrote: “There is a lot of speculation that I will perform at the opening ceremony of the World Cup in Qatar. I will not perform and have never been involved in any negotiations to perform. I will support England from afar and look forward to visiting Qatar when they have fulfilled all the human rights commitments they made when they won the right to host the World Cup. With love, Dua.”

The criticisms directed at Qatar

Qatar has faced growing criticism over its treatment of women, migrant workers and members of the LGBTQ+ community.

Among the various concerns are the contractual conditions for hundreds of thousands of migrant workers employed to transform the small emirate into a region capable of hosting the largest football tournament.

It remains to be seen how long it will take World Cup broadcasters to highlight allegations against the Qatari government, which include the newspaper’s 2013 claims The Guardian according to which the workers were denied food, water and were deprived of their passports” reads the Daily Mail.

Some argue that they have not been paid or, if they have been, that they have received minimum and long overdue pay. An investigation of the Daily Mirror of 2019 found that 28,000 workers were paid about $1 an hour for a week of 48-hour shift work.

The Wall Street Journal reported in 2015 that more than 1,200 workers died building the infrastructure for the tournament. Last year, however, the British newspaper The Guardian he spoke of 6,500 casualties.

We are talking about a country that punishes homosexuality with imprisonment. Furthermore, Qatar considers men the guardians of their female relatives: sisters, mothers, wives, daughters, cousins, aunts, etc., any woman is related to a male guardian.

It also has strict laws on alcohol, drugs, public intimacy, relationships outside of marriage, dress codes, and swearing.

Some activists have urged celebrities to boycott the World Cup. Singer Robbie Williams and former footballer David Beckham have come under fire for associating themselves with the competition.

Robbie Williams was recently unveiled as one of the musical artists who will play the Qatar Live concerts during a press conference in Doha.
David Beckham has agreed a £10m deal to become the country’s ambassador for over a decade, while also becoming the face of the 2022 World Cup.