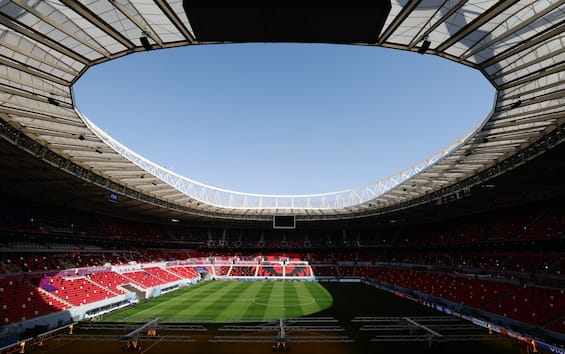 On 20 November, the twenty-second edition of the soccer World Cup officially kicks off, and this year it is being held in Qatar. For the first time the event was held in a Middle Eastern country and there was no lack of controversy relating to the number of workers who died in the construction of the stadiums and all related structures, designed to house and entertain the fans. A figure has been talked about for some time: 6,500 workers dead in the last eleven years, that is, since the country began a frenetic building activity in preparation for the World Cup.

Where does the data come from?

The figure of 6,500 victims was reported by Guardian which, in February 2021, headlined an investigation on the subject as follows: “Revealed: 6,500 migrant workers have died in Qatar since the assignment of the World Cup onwards”. A number relating to a short period of time, considering that only in December 2010 Doha was recognized as the organization of the World Cup. Furthermore, the data refers only to workers from 5 countries, India, Bangladesh, Sri Lanka, Pakistan and Nepal, which collected and communicated the official data through their respective embassies. The real estimate is most likely much higher, considering that states such as Kenya and the Philippines, which have sent large numbers of workers, have not collected data, and that the estimate also does not include the workers who died at the end of 2020. This what we know is that 5,927 deaths have occurred among workers in the Asian countries mentioned, excluding Pakistan, which alone counts 824. There are therefore more than 6,700 people who died during the last eleven years, a value to be considered as a default .

According to Qatar’s official statistics, reported by the Guardian, until February 2021 the deaths directly linked to the construction of the stadiums would have been only 37, of which, however, 34 defined as “not related to work”, a definition criticized by humanitarian organizations as rather ambiguous. However, most of the deaths would be attributable to “natural causes”, the reason used in 69% of the deaths: heart attacks or respiratory failure often fall into this series. Causes which, however, do not seem probable for individuals of young age and in good health, characteristics necessary for a job in the construction sector. The torrid climate present in Qatar in the summer certainly contributes, as happened for example in 2019, when it reached 45°C. A very difficult condition according to the ILO, the United Nations International Labor Organization, which highlighted how workers were forced to face considerable heat stress for at least four months a year when they worked outdoors. Added to this are other types of deaths, such as road accidents, suicides or occupational accidents. Stories like that of Madhu Bollapally, an Indian man found dead of “natural causes” while working in Qatar are not uncommon: his body was found lying on the floor of his dormitory room. As evidenced by the Guardianthe causes of this death have never been investigated.

The answers of Qatar and Fifa

“Six thousand people may have died in the construction of other works. FIFA is not the police of the world or responsible for everything that happens in the world. But thanks to FIFA, thanks to football we have been able to address the state of all 1.5 million workers working in Qatar.” The words are from Gianni Infantino, Fifa’s number one, on the sidelines of an event at the Milken Institute in Los Angeles in May 2022. An answer that does not differ much from what the Qatari government and the highest bodies of the world have often given. world football. In a country with a highly advanced healthcare system, it remains a mystery how most of the deaths were described as “natural”, a sign of the lack of thorough autopsies. “The death rate among these communities is within the expected range for population size and demographics. However, every life lost is a tragedy and no effort is spared in trying to prevent every death in our country,” a Qatari spokesman said. Guardian. The figure of the dead is also disputed by the organizing committee: “We are deeply sorry for all these tragedies and have investigated each incident to ensure that lessons are learned. We have always maintained transparency on this issue and dispute inaccurate claims about the number of workers who have died on our projects.” International pressure forced FIFA to adopt the UN Guiding Principles on Business and Human Rights in 2016 and promulgate a human rights policy in 2017, but never asked Qatar to follow the principles, as Human Rights Watch also noted . For the assignment of the next editions, the highest body of world football has planned to ask the candidate countries to respect the human rights of the workers employed but, so far, has not given exhaustive answers on the edition that is about to begin. FIFA would have every means to compensate the families of the victims of this World Cup, who are still kept in the dark about the causes of death of their loved ones and have not received any compensation for their loss.