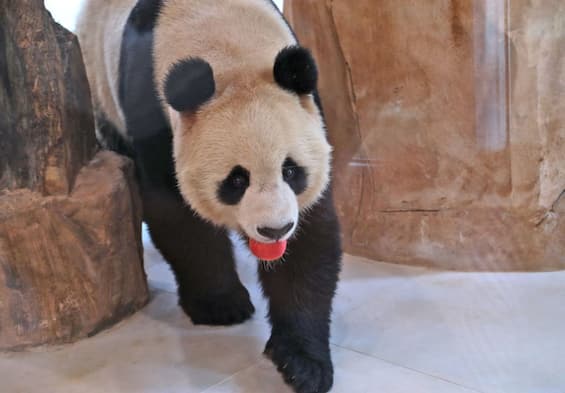 With the controversial landing of the football World Cup which for just over a month will focus the planet’s attention on Qatar (SKY TG24 WORLD CUP SPECIAL), the Asian country is increasingly a 360-degree protagonist. And the opening to the public, with the first numerous visitors, of the first Panda House in Doha, which houses the two specimens of giant panda donated by China to the emirate, is also making news.

The arrival in Qatar a month ago

Located at Al Khor Park near Al Bayt Stadium, the Panda House is home to a three-year-old female, Si Hai, and a four-year-old male Jing Jing. Both born in the Wolong Shenshuping panda center in China’s Sichuan province, the pair arrived in Qatar on Oct. 19 and underwent a 21-day quarantine before meeting the public in their fully air-conditioned environments.

A symbol of relations between the two countries

Chinese Ambassador to Qatar Zhou Jian attended the ceremony and stressed that the arrival of the giant pandas represents a milestone in relations between the two countries. “This event not only brings the best wishes of 1.4 billion Chinese people to the Qatar World Cup, but also demonstrates our country’s full support for organizing the event,” Zhou added. “The giant pandas will certainly deepen the friendship between the two countries and expand cooperation in various fields, becoming a new symbol of China-Qatar relations.”