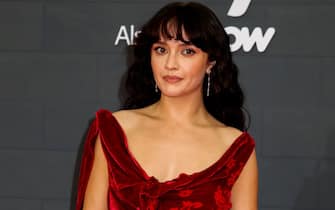 Olivia Cooketoday star of the series The House of the Dragonearly in his career, before the age of 20, he worked in productions such as Bates Motel And Ready Player One. To the The Guardian she admitted that she had to learn to manage episodes of strong anxiety and depression developed at the time: young, away from home and from the affections that in many cases can represent a safety net. She moved to the United States around 2016, in 2019 she decided to return to live in London and at the Guardian she declared that this was a decisive choice.

The model and actress Cara Delevingne started talking openly about her complex mental illness several years ago. On several occasions, in conversation with the media, she described the anger she felt as a child of hers when she was mistaken for a boy because of her look or the discomfort of having entered “late” in the age of development. compared to her peers. Embarking on a new career as an actress, after the one in fashion, seems to have helped her find a balance and a personal purpose.

Cara Delevingne worries friends and fans. Closed in the house for days

The leading actor of Deadpool, Ryan Reynolds, now Blake Lively’s husband and father of three, has long struggled with a strong anxiety about appearing in public. During an interview with CBS Sunday, described the succession of emotions felt just before being called by the host of a talk: “Behind the scenes I think ‘As soon as I get on stage I will feel terrible, I might even die’. Then instead the anxiety turns into adrenaline and everything is fine ”, demonstrating the fact that a mental problem always has many different facets.

Singer Last dedicated an entire album to the topic of mental health: Alone, released in 2021, where it analyzes a person’s inner universe with an emphasis on loneliness and despair. In this regard, he wrote a long post on Instagram: “Today, especially among my peers, we tend to reject pain on the edge of ourselves, accepting a condition of mediocre well-being”. For the singer, part of the problem is the continuous “over-performance” to which he thinks he must strive: Pain and loneliness must not be unmentionable “.

The aesthetics of the videos and the lyrics of the songs by Billie Eilish they are both a treatise on mental illness and a manifesto for healing. Body dysmorphism, depression, Tourette’s syndrome and growth disorders are topics that the artist has talked about several times, but only to show that overcoming certain obstacles is possible. “I think listening to music is healing – she told al The Guardian – but I don’t think making music is. The main thing is to concentrate on what I do and remember what I managed to achieve ”.

Miley Cyrus is another international superstar who has decided to communicate in a simple and direct way the importance of looking after one’s mental health. After suffering from depression as a young man due to acne and having lived through periods of intense stress due to her career and love life, the singer went through a period of strong change and maturation that helped her to overcome the period more black. Now, as she points out several times in interviews, she is able to sleep more peacefully and above all she feels at ease with herself.

In 2020, on the occasion of the World Day for the Prevention of Suicide and the Release of the Individual OK not to be Ok, Demi Lovato communicated on Twitter the fact that he had had suicidal thoughts and suffered from depression: “They are living proof that you must never give in to those thoughts.” Lovato, subsequently, often spoke publicly about his problems with bulimia and bipolar disorder. Today he continues. the path of care, and it is an example of the fact that you must not stop trying to get better.

Actor and ex-wrestler, Dwayne Johnson it is the demonstration that even the most apparently virile man can suffer from psychological malaise and must express himself if he wants to try to heal. “The struggle and the pain are real,” he declared in a 2020 interview in which he claimed to have had times when he cried all the time. The important thing, as all those who have undertaken a path of psychological rehabilitation repeat, is not to underestimate the situation and not be afraid to open up.

Winona Ryder in recent years it has made a comeback thanks to the success of the series Stranger Things and with this also its past history linked to kleptomania and depression. Recently, Winona has also made it clear that she is sick of feeling stigmatized because of her strong sensitivity: “Having this quality is not a bad thing. There were times when I let it be an overwhelming and shameful feeling, but you have to overcome this vision and accept yourself. ”

“It’s ok not to feel ok”, that’s what awareness the singer and actress managed to achieve Selena Gomez after she was diagnosed with bipolar disorder in 2020. The path of acceptance of her also passed through the removal from social networks, which too often become a vehicle of wrong messages for people. The beginning of the improvement came with the diagnosis of bipolarity: knowing the problem is the first step to address it.

Even the rapper Marracash he wrote to throw out the accumulated inner malaise. About the issues addressed in the album Person of 2021 he said: “I have no problem sharing what I have been through – speaking of the panic attacks that he suffered – because I realize that for many I am a kind of big brother”. “We live in a world where we show ourselves for what we are not. There have been so many things that have led me to illness, my mission has become to write about all this ”.

Neither The Boss he was immune to the mental problems that affect the performers of the show. In his biography, Born to Run (2009), revealed: “When I’m on stage it’s the only time in my life where I’m in control of what’s going on, my emotions and my mood.” Bruce, also in the book, sincerely recounted his long battle against depression: “We always tend to look for a reason to explain it, but there is no reason. If you can recognize it and relax, it will pass ”.

Brad Pittin a very recent interview with GQ, admitted in no uncertain terms that he had suffered, even at a mature age, from a mild form of depression and alcohol dependence. The most difficult part was finding the balance: “I have always moved with the current, adrift – he said – only after having come to terms with malaise, trying to accept all aspects of myself, was I able to also capture moments of joy “.

The Mask, Ace Ventura, The Grinch, Dumber and dumber, The Truman Show, Liar, liar… How many other cult films have been lucky enough to have the actor Jim Carrey as the protagonist? Many. Yet, even for him, fame has had a very high price. “I suffered for years of depression – he declared in an interview with the Courier – and I have always been honest because she is no longer my constant companion, as she used to be. Now I don’t feel like I’m drowning anymore because I realized it’s like rain, it wets you, but it doesn’t settle enough to submerge me ”.

Catherine Zeta-Jones showed courage and determination when she broke the news that she had been diagnosed with a form of manic depressive bipolarism: she made public her condition by explaining that she had been under treatment for five days in a specialized rehabilitation center. Certain pathologies can develop starting from a bereavement, an important sentimental break, a psychological trauma derived from the professional situation that one lives: everything can contribute and for this we must keep attention.

That of the actor Stephen Fry is a crazy life story: a difficult childhood, an adolescence marked by some mistakes and then the redemption with the study of English literature at Queen’s College, political activism and a career as an actor, author and director. At 37, then, the diagnosis of bipolarity and the decision to talk about it publicly immediately: “I want to do it to avoid preconceptions” he explained in an interview. “If you inform people, they will understand that we are just like them, only with something extra”.

In recent years, many actors, actresses, singers and performers of the show have stopped hiding or concealing the personal difficulties that must be faced in a job that exposes people round the clock. Among the youngest, Shawn Mendes he had the readiness to stop before reaching the point of no return. His summer tour, in fact, had a setback when Shawn realized he had to get away from the stage to take care of himself and return, later, with more enthusiasm.

Of the determination of the young Saint John is the brightest example. Having become famous in a short time, he immediately made it clear that the most important thing for him, to keep his feet on the ground and have contact with reality, is to put his mental health and affections first. “I started making music in a dark moment – he said – I thought that music saved me, and it did”. The path is made up of ups and downs: “I keep fixed one of the things my therapist taught me: every suffering has its dignity”.

The new generations of actors and actresses are, in a certain sense, “condemned” to relate to social networks, which are a way to communicate, a space where fans compliment themselves and detractors verbally attack. How to manage this type of pressure depends on each person. Tom Holland has decided to take a break from over-stimulating posts, tweets and Instagram stories: “I get caught up, like a spiral, so it’s very bad for my mental health. So I decided to take a step back and delete the apps “.

A different strategy is the one adopted by our talented one Matilda De Angelis, who uses social media as a vehicle to talk about his insecurities and, in doing so, demonstrate his true strength. Speaking of anxiety attacks, stress and sharing photos without filters, with acne marks visible on the face, he found the key to raise awareness of the anxiety caused by always appearing in top form: “Our fears – he written once – they can paralyze us or they can become a great force, it is up to us to choose the path ”.

We close the gallery by naming a still underestimated pathology: post-partum depression. Many women hide it or don’t realize they suffer from it and Adele it was one of them. She declared that she realized that she had “lost something of herself” with the birth of her son Angelo: “Something that will never come back: the possibility of being able to be and to be able to do what you want when you want”. The message for all those who are experiencing a difficulty similar to hers is not to be ashamed, you have to react with the help of friends, family and professionals.