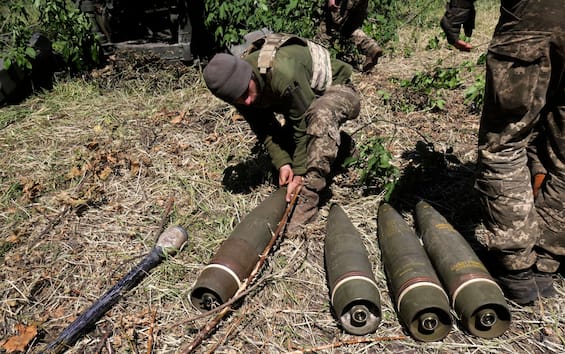 The United States will purchase artillery shells destined for Ukraine from South Korea. This was revealed by American officials al Wall Street Journal. This is an unprecedented fact, a sign of the difficulty also encountered by Washington in finding weapons to help Kiev in the war against Russia. According to sources, the United States will purchase 100,000 155mm shells, enough to supply Ukrainian troops for several weeks (WAR IN UKRAINE, LIVE UPDATES ON THE CONFLICT).

Arms purchased from South Korea will allow the United States to continue helping Ukraine without drawing even more from its arms reserves. Just a few hours ago, the Biden administration announced a new $ 400 million package and since the start of the Russian invasion last February, it has sent $ 18 billion in military assistance. Last August, the level of stocks of 155mm artillery shells had dropped to levels that “worried” the Pentagon, the sources added. The agreement with Seoul would have been reached in early November by South Korean Defense Minister Lee Jong-sup and US Defense Secretary Lloyd Austin.

The denial of Seoul

South Korea, for its part, has denied the sale of artillery shells to the United States destined for Ukraine. According to Seoul, if the ongoing negotiations are successful, the ammunition will be destined only for American forces. “To alleviate the shortage of 155mm ammunition in the United States, negotiations are underway” between Washington and a South Korean company “to export ammunition,” the South Korean Defense Ministry said in a statement. “This is based on the assumption that the United States will be the end users” of the bullets, reads the press release which specifies that the “South Korean policy of not supplying lethal weapons to Ukraine remains unchanged”