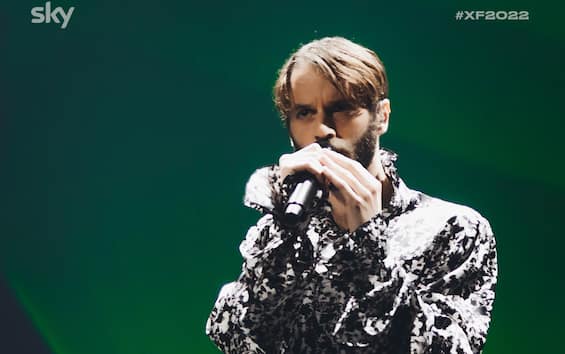 The pop group from Milan was born in 2017 and the influences of their music vary from the alternative of the 2000s, to the postpunk of the early 80s, to the beat of the 60s. The fantastic four, with their pieces, explore the subcultures of the internet, vulnerability, cringe and dreams. The young talent performed on several other stages before their participation in The X Factor (LIVE) and in the last year they have released various singles where they range between different genres, moving between Italian and English.

the path of the tropea to XF22

With their unreleased Technicolor (VIDEO) get noticed at the X Factor Auditions where they conquer the 4 fateful yeses of the judges, at the Bootcamps, with a cover of “Together with you I’m fine” by Lucio Battisti, confirm the expectations of their mentor Ambra Angiolini and fly to the Last Call. From here they continue their journey with “Let Me Entertain You” by Robbie Williams overcoming the last selection phase. In the shortlist of 12 finalists of XF22, Tropea make their way up to today, and having overcome the difficult challenge of the final ballot during the third Live Show against Matteo Orsi who leaves the scene, the band finds itself more motivated than ever at the fourth coveted installment of the unpublished. Cringe Hell (written by: Domenico Finizio, Claudio Damiano, Lorenzo Pisoni, Pietro Selvini – Production by: Simon Says!) and brought on stage for the first time at MiAmi 2019, inflames the stage of the fourth Live.

Rkomi:”I am always impressed by you, well done, you amazed me. You have a beautiful situation outside waiting for you”.

Dargen: “The best thing you brought on stage together with Battisti’s. Finding more understandable synonyms would have been better as Rkomi also advised”.

Ambra:”When you create discussion, there is so much to say. And you have so much talent… Dante would have written hell like this”.

The text of Cringe Inferno

We are all under arrest

With hands in face

And the people passing by

You say you love me so much

Then you throw me on the street

I am not a sex toy

You are not a drag queen

I am not a sex toy

They put us in

Because I’m with you

We ended up in a trap house

We ended up in a trap house

And the drug is demanding

I’m not a sex toy (barefoot in the trap house)

You are not a drag queen (barefoot in the clubhouse)

I’m not a sex toy (barefoot in the trap house)

Maybe you love it

You did it for me

Maybe you love it

That’s what you ask for

RELIVE THE LAST EPISODE WITH THE PODCAST