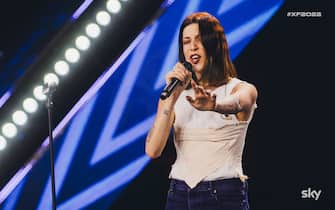 The first contestant on stage of the second installment of Audition is Francesca Rigoni (in art Winter) than with a rearrangement of Hung Up, a song by the queen of pop Madonna, it collects the applause of the audience and the 4 yeses of the judges. If Fedez thinks that the young competitor could guarantee great fun at live shows, Ambra can’t wait to get to know her world

Giacomo Paris he says he does not have much faith in himself, but the novel Parachute leaves the audience and the judges speechless. Despite the initial digression on the font Calibers (which is also the stage name of the competitor) has not been much appreciated, for him there are 4 yes! For Dargen the competitor is “an innovator”

X Factor 2022, tonight the second appointment with the Auditions

The Arab-Norman rhythm of Valeria Agata Romeo, who at the age of seventeen is perfectly at ease at XF22 because, he says backstage, he relaxes on stage. The Sicilian interpreter gets the 3 yeses of Rkomi, Ambra and Dargen but she does not convince Fedez, who considers the unpublished Drift a carbon copy of overseas hip-hop and rap music e then pronounces his no

X Factor 2022, the Auditions: what happened in the first episode. PHOTO

For Fedez, Paolo Civitarese should warn if he visited the Venetian Lagoon: “You have a falsetto that would scare Murano glassmakers!”. The 21-year-old singer-songwriter does not convince the judges with the song The usual colors of life and ends the race

“You look like someone who tore a microphone out of karaoke and started singing!” Ambra comments on the performance of Gianmarco Ciullo, which reminds the judge of Munch’s scream. For Dargen, however, the song Him and her it simply sounds like a scream: the competitor does not pass the turn

X Factor 2022 at the start: where to see it and how to follow cast and competitors

According to Ambra, in the closet of the Dynamite 36 dynamite exploded, while for Dargen there was no explosion on stage: the interpretation of Something big dei Lunapop reminds him of an exhibition by I Cugini di Campagna in a club by Umberto Smaila. The band does not pass the shift

X Factor 2022, let’s go. Music at the center of everything

Get the first standing ovation of the evening Colin Mac Donald, the American competitor who moved to Bologna to teach English music in schools. During the quarantine he listened to the cover of the Glass Animals by Heart-Shaped Box of Nirvana and convinced himself he could do better. He was right: he shocks the judges and returns home with 4 yeses

With the unpublished Image, Omar Ahmed courageously tells of forgiveness for his father. Backstage, Mum Margherita is moved, while in the audience in a standing ovation her grandmother rises up against the remarks of Fedez, who while appreciating the boy’s voice would prefer to listen to a cover. Order restored, the 21-year-old gas station attendant from Modena brings home three yeses from Ambra, Dargen and Fedez and the no from Rkomi

The flashes of mobile phones sway on the bleachers and the judges have no doubts: for Clemente Guidiwhich sings the historian Friday I’m in love by The Cure, there are 4 yes! For Ambra, the aspiring pop star is “exactly where you need to be”

Dargen d’Amico, who is the new judge of X Factor 2022. PHOTOSTORY

Margot from Andrea Ascanio, eighteen years old, conquers the judges and not only: to the 4 yeses of Ambra, Dargen, Fedez and Rkomi is also added that of the competitor’s grandmother who called on the stage of XF expresses her biased opinion: “My nephew is good, I I believe”

Earn the knowing glances of the judges and the standing ovation of the audience Filippo Ricchiardi, from Turin transplanted to Canada. The vibrations of the unprecedented 1e3miles they break down the barriers with the listeners, they earn 4 yes and they deserve the words of Rkomi: “Your voice sounds thin and gigantic at the same time, you are illegible and I like it”

Rkomi is ready for the new adventure as a judge of X Factor 2022. PHOTOSTORY

As they explain backstage, i Sharp they want to send clear messages, and on the XF22 stage they do so with Jah Rastafari. If the communication works in full with Ambra, Fedez and Rkomi saying yes, it fails instead with Dargen saying his no: “You lost me”

It’s another band’s turn: Samuele Luciani & Satura Lanx proposes Mona Lisa by Ivan Graziani. Once again for Dargen it is no even if the choice of Graziani amazed him, for Ambra, Fedez and Rkomi it is yes

X Factor 2022, the judges and Francesca Michielin tell about their relationship with sport

Dargen’s guillotine continues with Rossella Monacowhich unleashes the vocal cords in the cover of Shallow by Lady Gaga and Bradley Cooper. Once again, the three yeses of Ambra, Fedez and Rkomi save the situation

The Elephants In The Room unleash the audience with a rock version of Superstition by Stevie Wonder. The performance does not convince Dargen again (“I have not found certainties in the arrangement”), but Ambra, Fedez and Rkomi have no doubts about it. The band passes the turn

Watch the video: The Living Tigers are the first competitors of XF 2022

Matteo Spanu dare a very difficult undertaking with I Will Always Love You by Whitney Houston, but fails the test: if Ambra and Fedez say yes, for Dargen and Rkomi it is no, and the audience whistles. Goodbye race (with the wish of good luck from Fedez)

It defines itself as “colored” Gaia Eleonora Cipollarothe competitor (accompanied by her twin), conquers the judges and the public with Get it out, a musical project with Neapolitan and electronic sounds. The experimentation of Neapolitan melodies immediately earns 4 yeses and “blessed is whoever will have it in the team”, Fedez says

Watch the video: Francesco Guarnera brings a hit on the X Factor stage!

The irresistible rhythm of the unprecedented Star pack from Tiziano Melani he even drags Dargen and Rkomi onto the stage, who perform a choreography with the competitor. The nice dance, however, is not enough: the 2 yeses of Dargen and Ambra can do nothing against the 2 no of Fedez and Rkomi

Standing ovation for Giorgia Turcato, a self-taught only twenty years old who found rebirth and salvation in music after his father’s illness. The cover of Nothing breaks like a heart by Miley Cyrus takes the breath away even from the judges, who reward her warm voice and country sounds with 4 yes

Watch the video: Giorgia Turcato stands out with a cover by Miley Cyrus

On the stage of XF2022, also thePanic attack of the duo Lost Kids who receives the 4 yeses of the judges and passes the round, the competition gets more and more alive

Watch the video: The all-rock energy of the Omini at the XF 2022 auditions

One talent after another: the very young Wiam Ait Bakrim unleashes a powerful voice on the cover of Stay by Rihanna and gets 4 yes. Ambra wishes the competitor to go around the world

Watch the video: The originality of the French Saints is rewarded by the judges

The duo Hate Moss focuses everything on music production, and hits the mark: for them there are 4 yes! Behind the scenes the presenter also dances

The goal of the band Wepro is to bring futurism into rock thanks to electronics. The cover of Blue (From Ba Dee) of the Eiffel 65s, however, only Ambra, Dargen and, with reserve, Fedez are convincing; their 3 yeses are opposed by Rkomi’s no, who is instead perplexed

Watch the video: Dargen and Ambra embrace Diego Ponessa on the XF stage

In just one day, i Gemini Blue they revolutionized their lineup: the original drummer took Covid and was replaced. The snag, however, did not spoil the “African” interpretation of Hey Joe by Jimi Hendrix, which ends with a spectacular electric guitar solo played behind the neck. There is no need to say it, there are 4 yes!

Watch the video: XF 2022 auditions, the story of the STT moves Fedez

Cecilia Quaranta looks like Cutting, the branch which, even if cut, regenerates another specimen of the same plant. With the help of the guitar Mathilda, the young competitor from Jesi wants to give the music of the past a new look, and she does it with a cover of Loving you of the CCCP which not only touches Amber, but also gets 4 yeses

To escape from a rainy October day i Tropea they baptized their band with the name of the Calabrian town they had never been to. On the stage of XF22 the group offers the unreleased Technicolor, which catapulted the public into the memories of the 1980s. “A bubble of cool” for Ambra: the Tropea collect 4 yes

Red eyeliner, fluo mascara, orange skirt and stockings: the strong identity of Tania Bornacin it is especially appreciated by Fedez, who with Ambra and Dargen approves the Sanremo 1986 cover of Suburban girl by Anna Tatangelo. Rkomi’s only no is not enough to stop the competitor’s race

Watch the video: Ambra Angiolini at XF is moved with the unpublished by Lucrezia

From the love for the Red Hot Chili Peppers to the XF22 stage: Luca Falliniwhich reminds Ambra a lot of Battiato, performs with the original White gold. Rkomi says no, but the other three judges have no doubts that yes

With the cover of Electric shock of the Matia Bazar, Maria Chiara Leoni she earns from Dargen the nickname of “Antonella Ruggiero Manga version”. After such a comparison, Amber’s no can do nothing against the yes of the other three judges

Love triumphs: Fedez and Francesca Michielin sing Magnificent to the marriage proposal between two boys from the audience. “Honey, I just married two people!” jokes Fedez on the phone with Chiara Ferragni. Then he goes up on stage Marco Zaniniwho for Francesca Michielin resembles Pietro Castellitto and who remembers Phil Collins to Ambra for his musical career. The cover of Bruises by Lewis Capaldi, performed on the piano, creates the atmosphere of a concert: there are 4 of them. X Factor greets you and awaits you for the third exciting episode, next Thursday, on Sky

Watch the video: X Factor 2022, the cover of Nervi