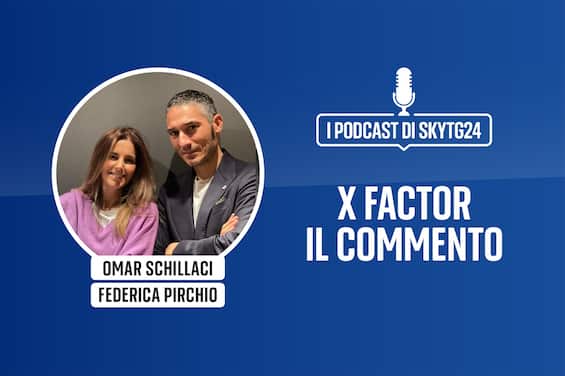 It begins with a carousel round. One minute each to stay in the race in a Daft Punk in Tron mood. Disco Club Paradiso, ni. Beatrice Quinta, yes. The Omini, the usual French Saints and the Tropea who make a mess (like Kindergarten children by Vasco) and they do it well. Paler Linda and Joélle. And it is precisely on her that the credits roll: least voted and first eliminated.

In the second round the orchestra enters the scene. The challenge is to seize the opportunity without being overwhelmed by it. To fully succeed in the enterprise are the Tropea who conquer the Repower Arena and the judges with Placebo. Change the order of the addends but not the result with the French Saints revisiting Someone that I used to know of Gotye with a refined melancholy that makes Dargen exclaim: “You are almost anticipating us” (the implicit “as good as you are”).

More can be given sang Morandi, Tozzi and Ruggeri. Surely for what concerns the Disco Club Paradiso and the unpublished Crazy they move on Crazy Heart by Little Tony. No madness instead for the Omini who win the challenge with the Verve but lose the one with the orchestra which instead exalts Beatrice Quinta. The desire for her invites judges and the public. Her performance is somewhere between muscular and kaleidoscopic.

Fewer adjectives for Linda’s performance conditioned by a series of technical problems that marked her performance. The Kate Bush of Running up that hill (big relaunched by Netflix in Stranger Things) is not enough but progress.

In the ballot: Disco Club Paradiso vs (the usual) Tropea who once again pass the round and set sail towards the semifinal.