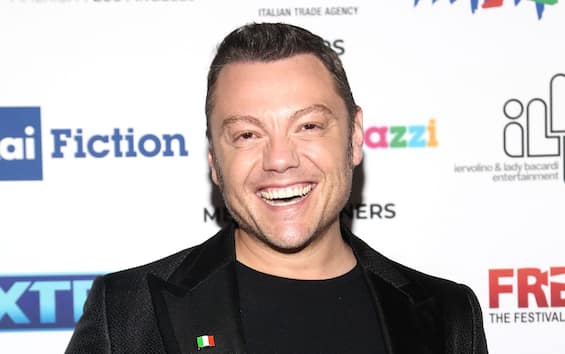 He is in a long interview with the magazine Rolling Stone Italy than the producer Michele Canova, recently returned from his personal and working adventure in the States, he told more about the plans in store for his present and future, but also revealing some interesting goodies about the past alongside some of the best known artists of our music scene. From Jovanotti to rapper Fabri Fibra, passing through Tiziano Ferro. It is precisely about the latter – and its historic hit Xdono – that Canova told a curious background: “Xdono we copied it, we made a prank ”.

Interviewed by Rolling Stone Italythe producer Michele Canovawho recently released his new album Level Oneunder the pseudonym of CanovA, and the collaboration of various artists such as Fabri Fibra, Luca Carboni, Giorgia, Gianna Nannini and Nayt, took the opportunity to retrace some of the most interesting stages of his musical past. And it is precisely by recounting the years spent alongside Tiziano Ferroand the success of the hit Xdono – which in 2001 climbed the Italian and European charts of France and Germany with thousands of copies sold – that the producer admitted that the song was actually almost completely copied from the well-known song Did You Ever Think from R. Kelly, an icon of the American rap and R&B genre. “Tiziano was a nice boy, he sang well. I had figured out how to copy the sound he always liked, a certain type of R&B “, Michele Canova attacked to tell the story of the birth of Xdono. “And the game worked. Xdono, no longer a mystery to anyone, it was just taken from a piece by R. Kelly. Tiziano and I looked at each other while we were in the studio ”, continued the producer, describing the moment of the decision in detail. “Shall we play prank?”. And, to Ferro’s positive response, CanovA says that he started playing the piece in order to then add it to the text. “Because if you play it at the maximum they can tell you that you copied, but legally they can’t do a *** to you.”

Before unveiling the not entirely accidental birth of Xdono and its melody, Michele Canova he was keen to tell about the meeting with Tiziano Ferro who, among the artists he worked for making backing tracks, was the one who most struck him and in a certain sense changed his life. “The meeting with Tiziano Ferro was also fortuitous”, CanovA told Rolling Stone Italia, “it changed my life after ten years of hardship without seeing almost a lira.” Both would have met exactly at the beginning of the their respective careers, also supported by the trust of Mara Maionchi, Alberto Salerno and their record company. As told by Michele Canova, it was the two entrepreneurs who gave an impetus to Tiziano Ferro, proposing to him to study and find a way to bring out his incredible talent. A relationship, the one between the Italian pop star and its former producercapable of going far beyond mere work, giving birth to a true friendship between the two: “With Titian, you know, it was immediately a matter of taking instinct: I was a loser, he was a loser, we got together, and together we have climbed Italian music against all odds and also a little against all the people who had not considered us until then ”.