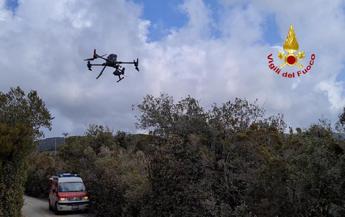 Found his cell phone and his dead dog on rocks, searches underway since yesterday

It is yellow on the island of Elba where since yesterday there has been no more news of Marina Paola Micalizio, daughter of the ex-super policeman Pippo Micalizio. The 48-year-old woman has been missing since last night. At dawn, as Adnkronos learns, her dog was found dead on her rocks. Marina Micalizio’s cell phone was also nearby. The research activities are coordinated by the Fire Brigade and the Forestry Carabinieri, as the disappearance was reported in the wooded area. The Port Authority also participates. The Provincial Missing Search Plan was also activated.


Pippo Micalizio, who died in 2005, over time earned the journalistic nickname of “super policeman” because of the first major big operations against the mafia and the ‘Ndrangheta in the North, which he directed at the turn of the eighties and nineties. Promoted to Rome, he was appointed Deputy Director of the Anti-Mafia Investigation Directorate (Dia) and became number one of the Central Drug Services. In 2001, a trusted man at the Interior Ministry, he was sent to Genoa as inspector to manage the post-G8 investigations into the raid of policemen and carabinieri in the Diaz school and the controversial facts in the Bolzaneto barracks.

On 11 July 2003, on the proposal of the then Minister of the Interior Beppe Pisanu, he was appointed prefect placed out of office at the presidency of the Council. The honor of commander of the Order of Merit of the Republic, conferred on him in October 1994 on the initiative of the then president Oscar Luigi Scalfaro. The Micalizio family had a villa on the island of Elba where the missing woman spent her summer holidays.