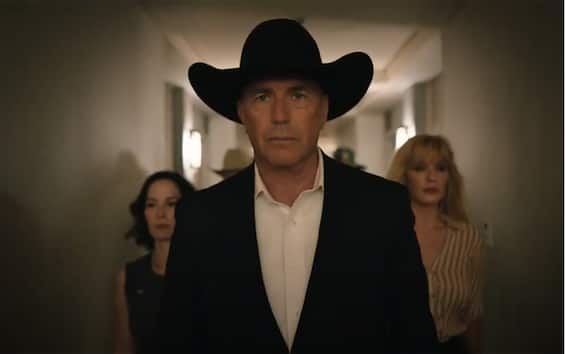 The trailer for the fifth season of Yellowstoneone of Paramount’s most successful series starring John Dutton, played by Kevin Costner. The series, which is part of the historical narrative of American events, has conquered millions of viewers and is one of the most successful in recent years. The plot recalls the masterpieces of American cinema that have written history and, perhaps, also for this reason it manages to intercept the interest of so many people. There are a few frames from the fifth series in the trailer but there is a crucial passage where Dutton is seen sworn in as governor of Montana.

The trailer for Yellowstone 5

The very short presentation clip of Yellowstone 5, although it does not give particular indications on the twists that will follow one another during the series, it does provide some important details on the characterization of the characters and the story. In fact, in some frames we see John Dutton firing the old staff in favor of Beth, who will be his support when he says he is ready to declare war. In the fifth series there will be new enemies for the Duttons, including Jacki Weaver, whose stated goal is to destroy Beth. But there is also Sarah, who would like to exploit the Dutton saga for the money.

The protagonists of Yellowstone 5