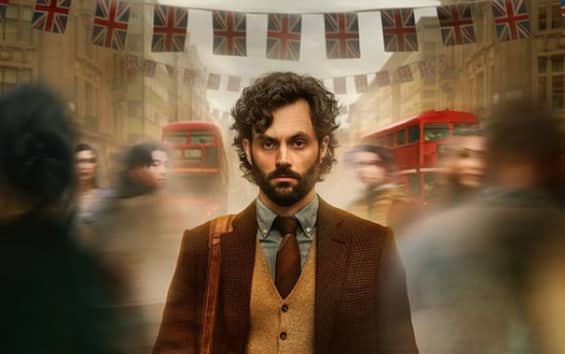 Penn Badgley is about to return as Joe Goldberg for the new episodes of the tv series You which will be available on Netflix from February (also visible on Sky Q and via the app on the Now Smart Stick). The famous streaming platform has confirmed that the fourth season of You will be divided into two parts: the first will be released on February 9th and the second part the March 9th, a month later. The action moves to London as teased by the official trailer and new poster.

You: what the fourth season is about

Based on the novels by Caroline Kepnes, You originated as a Lifetime show before becoming a Netflix product. For a certain period it was thought that the series should end with the third season because there were three reference novels, but then the writer confirmed the arrival of a fourth book. In You 4 Joe is on the trail of Marienne, played by Tati Gabrielle, whom he had already followed in Europe, starting in Paris. But once her life in London begins, she will fall head over heels for a new woman, a gallery owner named Kate. As soon as they meet the girl she hates Joe and is suspicious.

The poster of You

In the new official poster we see the protagonist Joe Goldberg in the streets of London. We note his change of look from previous seasons for a more British style, longer beard and hair and in the background blurred shadows of local people and the traditional red double-decker buses whizzing by unaware of the new obsession of the American stalker.

The characters of You 4

In addition to Bagdley and Tati Gabrielle in the cast Charlotte Richie, Lukas Gage, Tilly Keeper, Amy Leigh Hickman and Ed Speelers will also be there. Gage will play the role of a wealthy American living abroad, father’s son who loves to party and gamble; Richie is Kate, an intelligent and loyal girl who runs an art gallery and is the daughter of a single bohemian. Stephen Hagan as Malcolm, a literature professor who loves drugs and the good life. Tilly Keeper as Lady Phoebe, Adam’s sweet and popular girlfriend. Many wealthy college students and professionals are part of the new group Joe will have to deal with.