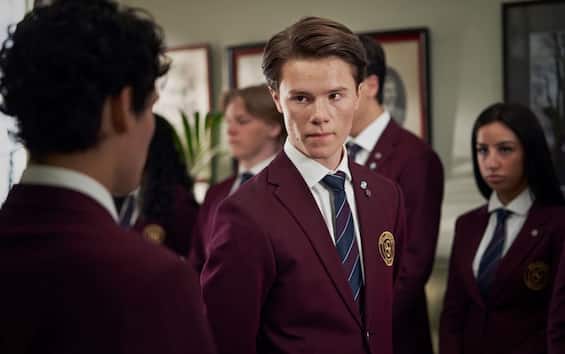 The Swedish teen drama Young Royals is about to return with new episodes and the first minutes are available on the web to browse what will happen in this new season of the LGBTQ + series that tells the life of a young prince in a prestigious boarding school. Young Royals 2 will be available on Netflix on November 1st but in the meantime these preview images keep the audience of fans in suspense.

What Young Royals is about

Wilhelm, played by the young Edvin Ryding, has the opportunity to truly be himself from the moment he arrives at Hillerska boarding school. He can feel free to express his sexuality and live his life, his love stories, have fun and collect experiences. However he is still a prince and has royal duties that come back knocking on the door when he finds himself as heir to the throne and has to make his choice of him: love or duty?

The plot of Young Royals 2

The new episodes should answer various questions left open from the first season. Will Wilhelm and Simon be able to make peace? How will Wilhelm deal with August’s betrayal? What will be the role of the monarchy in the life of children? In short, the story could take various directions and the thing that is certain is that Wilhelm still feels something for Simon, so the new season will have to face this dichotomy, in addition to the relationship between Wilhelm and his cousin August that has created unpleasant unexpected events. Alongside Ryding we find in the cast of the series Omar Rudberg, Malte Gardinger, Frida Argento, Nikita Uggla who reprise their roles from the first season. Behind the camera are Rojda Sekersöz and Erika Calmeyer.