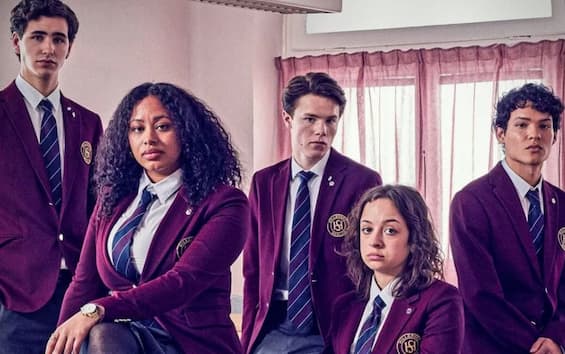 Netflix has released some sneak peeks of the new season of Young Royals, Swedish LGBTQ + teen drama that explores the life of a young prince in a prestigious boarding school. The trailer thus anticipates the release of the second season on Netflixscheduled for November 1st, also visible on Sky Q and via the app on Now Smart Stick.

Young Royals, directed by Rojda Sekersöz and Erika Calmeyer, tells the life of Prince Wilhelm in the prestigious Hillerska boarding school. The boy finally has the opportunity to explore its true nature and find out what kind of life he really wants. Wilhelm wishes to live in a free way and away from real obligations: but when he unexpectedly becomes the next heir to the throne, his dilemma confronts him with a choice. In addition to the protagonist Edvin Ryding, the cast also includes Omar Rudberg as Simon, Malte Gårdinger as August, Frida Argento aka Sara and Nikita Uggla as Felice.

Young Royalswhat do we know

As anticipated by the trailer for Young Royals 2, we meet again after the breakup between Wilhelm and Simon. The prince’s cousin, August, had published an intimate video of theirs, which immediately went viral: a situation that had forced Simon to face journalists and paparazzi, while inside and outside the monarchy everyone was asking about the prince’s sexuality. Wilhelm, therefore, was forced to deny being the guy in the video, however deeply hurting his ex Simon. The new episodes should answer various questions left open from the first season. Will Wilhelm and Simon be able to make peace? How will Wilhelm deal with August’s betrayal? What will be the role of the monarchy in the lives of children?

Young Royalswritten and created by Lisa Ambjörn, was released in streaming shortly before the series Heartstopper. Omar Rudberg, who plays Simon in the Swedish teen drama, has expressed to GayTimes that he is eager to one day see a cross-over between the two queer Netflix series. “They are two very similar series in various ways, but there are also two very different types of stories,” he commented instead Edvin Rydingwho plays Prince Wilhelm – If Nick and Charlie were to go to Stockholm… Like in the eighth season of Young Royals, Simon is a successful singer, a pop star in Sweden. Charlie is a huge fan of her, so take Nick to Stockholm to see Simon sing, ”the actor speculated, fantasizing.