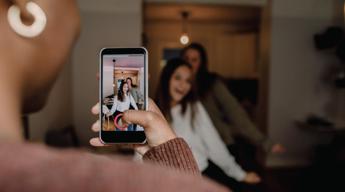 It’s YouTube and not TikTok, according to research by Pew Research, the social medium most popular with teenagers, at least in the US. According to the study, one in five teenagers say they use Google’s video platform “constantly” and more than TikTok, Instagram or Snapchat. 1,316 American teenagers were interviewed, and 95 percent of them say they use YouTube more than other social networks, including the one on everyone’s lips, TikTok, which has existed as it is today only since 2018. The social media born in China has reached a billion users much faster than Instagram and Facebook, so much so that Zuckerberg’s company has heavily modified Instagram to avoid losing too many users. Although Meta’s real rival is YouTube (owned by Google) according to this research, TikTok ranks second in teen preferences, with 67 percent of them claiming to use the app on a daily basis. Below, the percentage of use of teenagers for the major social networks in existence, according to Pew Research data.