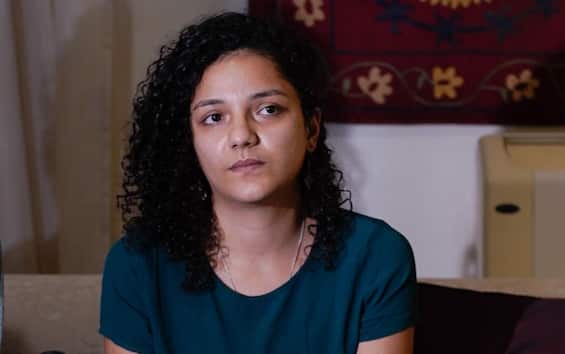 LONDON – Mona Seif, 36, dual citizen, gives me a sweet smile when I remind her that her brother, Alaa Abd-El Fattah, the most famous activist since the Tahrir Square revolution, is known in Italy as the “Gramsci d ‘Egypt”. “The comparison is flattering, but I sincerely hope it ends in another way for him,” she tries to joke. Her heart is actually filled with anguish. We find ourselves on a cold, dark afternoon in mid-December at the entrance to the British Foreign Office, a few steps from where the prime minister, Rishi Sunak, also lives and works. Mona is here, along with a small group of activists, to put pressure on the London government, which, according to her, has done little or nothing so far for her brother who has been languishing in prison for 9 years.

Alaa was talked about a lot at the beginning of Cop27, which was held in Sharm El Sheik last November, because after the hunger strike he had also begun a very dangerous thirst strike. “My mom saw him a couple of days ago and she’s better. We told him to give his body time to recover before filing any other form of protest. I ask Mona how she feels about the idea that despite multiple attempts the situation still won’t get resolved.

“I am very frustrated but I have never put my hopes in governments. Not even in mine (and that’s why I’m here now) “– he explains -. “I believe in people and the reality is that during COP27 many more people have known the situation of Alaa and all those who are languishing in al-Sisi prisons in Egypt and I hope they will continue to help us until they are all free”.

An unprecedented level of violence

I ask her if she can give an overview of the human rights situation in the country of origin. And his answer leaves no room for interpretation: “It is very difficult to give an overall picture, but the truth is that the situation has never been as bad as it is now under al-Sisi’s regime. We are talking about tens of thousands of political prisoners, who have been sentenced indefinitely with arbitrary sentences, a record number of death sentences, extrajudicial killings… Torture is systematic and structural within the Egyptian government. Independent media have been blocked, journalists have been jailed or forced into exile, or continue to be targeted by government-affiliated media. We have never before experienced such a combination of different systems of oppression and also such widespread use of violence, not only against activists but also against people of all kinds.

Zaki at least partially protected from the attention of the Italians

I ask her what she thinks about the case of Patrick Zaki, still stuck in Egypt. “I sincerely and deeply believe that the support that Patrick Zaki receives from so many Italians who keep his case alive increases his level of protection and pushes towards obtaining a certain level of justice and the restitution of some of his rights”, he replies adding: “I also think yours is a clear example of how this regime also targets academics. There are tons of researchers who have gone to jail simply for doing their job. As is the case with lawyers, journalists and so on. Again: we know about Patrick because his case was brought to the attention of his colleagues, his university, and the news spread throughout Italy. We need this for everyone: not just for Patrick, for Alaa or for Ahmed Douma. There needs to be a lobby group for every cause, so that at some point everyone, everywhere, knows the reality of al-Sisi’s regime and helps us at least put a stop to his constant crimes.”

Mona reserves the final thrust to the complicity of many Western governments, which often, out of economic interests, are also willing to close both eyes: “The more people are aware of the atrocities committed, the more they will help us to fight them and in the end the governments they will be forced to take sides. Because we must bear in mind that if the al-Sisi regime has continued undisturbed with its crimes it is because it has been able to count on the support of foreign governments”.