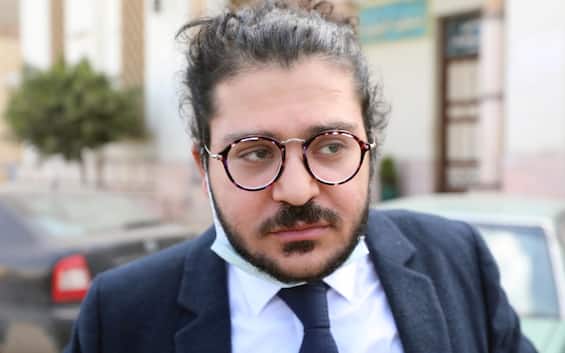 The hearing in the trial of Patrick Zaki, the Egyptian student at the University of Bologna, arrested two years ago as soon as he landed in Egypt on charges of spreading false news has been adjourned to 28 February. Since then, international diplomacy and NGOs have been fighting for the release of the student who risks 5 years in prison. On February 23 there will be the ninth hearing of the trial, the hope of Zaki and his lawyers is that it will be the last. “I am very disappointed – he said to our microphones – I hope my lawyers can speak in the courtroom at the next hearing”.

– How did you accept the judge’s decision?

“I think I’m still disappointed, I’m still thinking about the hearing. But I also think that from tomorrow I will start walking, studying, reading, getting back to my routine, my life because I think it’s the only way to resist, I have no other choice”.

– What happened in court?

“The prosecution asked the judge for the maximum sentence for me without any reason and asked my lawyers strange questions. At this point, my defense started to make our arguments, arguments while another of my lawyers spoke about a big mistake in the trial documents where I was allegedly arrested while walking in the city, in Mansoura, but it’s not true, I was arrested at the airport and therefore we are also catching up on the phone call between my father and me at that juncture. Then, after we talked about this, there was a little confrontation between my lawyers and the prosecution. After this confrontation, the judge stopped my lawyers, who were speaking in the courtroom, withdrew to the council chamber and then announced that the hearing was postponed to February 28th. But we are very interested in resuming our arguments because we haven’t even started talking. I feel a little anxious because it’s an important date for me”.

– Did you think it could have a different epilogue also considering the meeting between Prime Minister Giorgia Meloni and Egyptian President Al-Sisi?

“I think everyone thought it could be easier, that it could have a good effect on the hearing because Egypt is now promising everyone a new focus on human rights, a new attitude on human rights advocacy so everyone was very confident about what could happen and it is perhaps for this reason that there is more disappointment”.