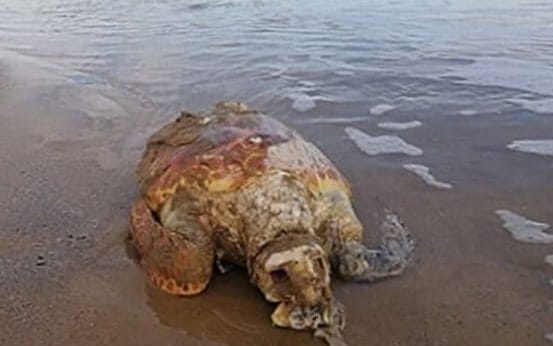 Seven people including a 3-year-old child died of poisoning on the island of Zanzibar, Tanzania, after eating turtle meat for dinner. Another 38 ended up in hospital but without serious consequences.

The tragedy last Friday when some people who had eaten turtle meat, considered a delicacy in the area, as reported by the BBC, accused the typical symptoms of food poisoning. The first to feel bad was the 3-year-old boy who, despite being treated, died a few hours later. Two more people died later, then another four on Sunday. According to local police, all of them had eaten poisoned turtle meat at dinner last Thursday. According to what has been reconstructed so far, the meat was eaten by members of five different families residing in the village of Msuka Taponi, Micheweni district, in Pemba, an island in Tanzania, located about 50 kilometers north-east of Zanzibar to which it belongs. at the administrative level.

What happened prompted the local community to ban the consumption of turtles in the area even though turtle meat is widely consumed in the area where it is a delicacy. In rare cases, however, it becomes toxic due to poisonous algae that animals ingest with even lethal effects on those who eat it. For example, it has already happened in Madagascar when 19 people died in March after eating poisoned turtle meat.