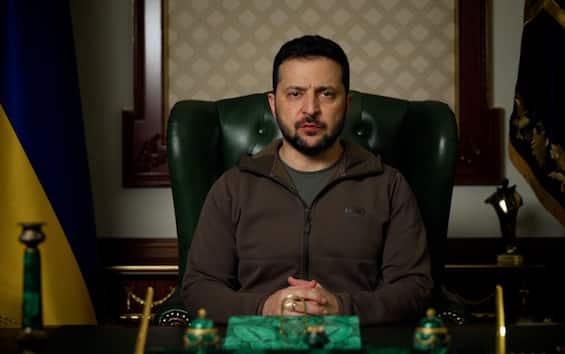 “The First World War caused millions of deaths, the second caused tens of millions, but there will be no third world war. It’s not a trilogy”. These are the words of the Ukrainian president, Volodymir Zelensky, who spoke during the Golden Globe ceremony (WINNERS) in Beverly Hills, with a recorded speech.

“I hope all of you will be with us on the day of our victory”, continued the Ukrainian leader, urging spectators and participants in the ceremony to support “the truth” on social networks and on television. It’s clear who’s going to win,” Zelensky reiterated from his point of view, introduced by Sean Penn, the Oscar-winning actor who was making a documentary about him when Russia invaded Ukraine.

Meanwhile, in the past few hours, Zelensky revoked the Ukrainian citizenship of the pro-Russian politician and oligarch Viktor Medvedchuk and three other opposition politicians, due to their support and their ties with Russia. The oligarch himself, in the last 20 years considered the Kremlin’s main agent of influence in Ukrainian politics, especially in Donbass, was exchanged on 22 September for Ukrainian prisoners after being arrested on 12 April by the Ukrainian security forces. “Based on the materials prepared by the Security Service of Ukraine and the State Migration Service of Ukraine, and in accordance with the Constitution of our State, I have decided to cancel the citizenship of four persons: Andriy Leonidovych Derkach, Taras Romanovych Kozak , Renat Raveliyovych Kuzmin and Viktor Volodymyrovych Medvedchuk,” Zelensky explained.